By TMvalienews (self media writer) | 22 days ago 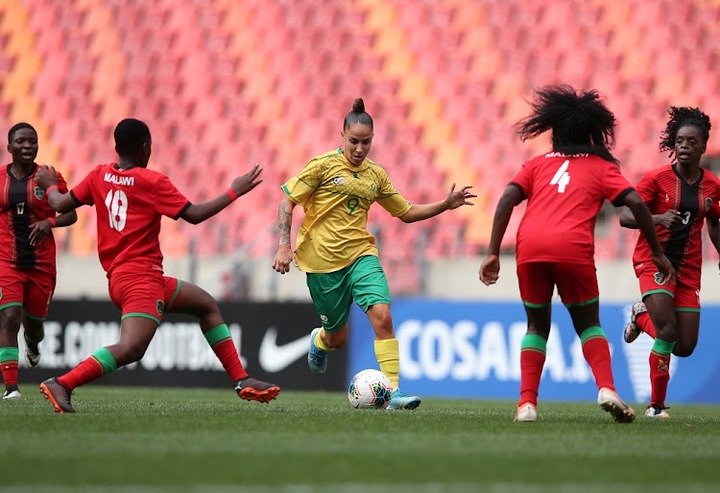 The South African women's national team could have won by a lot more, but squandered opportunities and a late consolation goal by Wezzie Mvula in the 90th minute made for a scoreline that even in loss flattered Malawi.

The South Africans, who were physically and tactically superior, kept the ball well and muscled their way to a two-goal lead by halftime.

The first of these occurred shortly after the game began. Goalkeeper Kaylin Swart punted upfield after a stretch of possession across the park, where Kgadiete was behind the centrebacks but was played onside by Malawi left-back Irene Khumalo to go through. 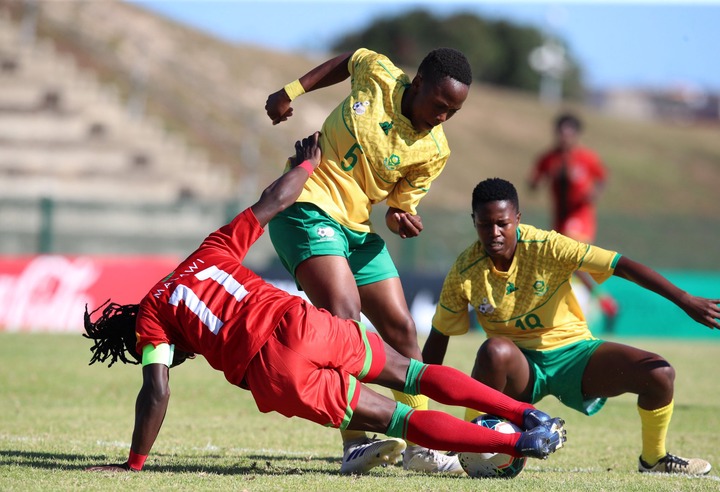 However, a comedy of Malawi blunders helped SA to a 2-0 victory. Janine van Wyk delivered a long pass from the back, which was intercepted by Chimwemwe Madise, who slipped on the ball, allowing Cesane to score on the right outside of the box. Cesane's strike went in off a bad effort save by Amidu, who was ill positioned.

Kgadiete's first-time strike from the edge of the box forced Amidu to push past the right upright 12 minutes into the second half.

Amidu was also put to the test by Gabriela Salgado's quick shot from a tight angle.

Banyana was flinging Malawi open at will, peppering Amidu with shots from all angles, with Cesane delivering another from the right. Given the home team's domination, a 2-1 result appeared to be an injustice. It was all the fault of Banyana.

Khumalo, who was deep on the right, chipped into the area from 40 meters, allowing the ball to bounce and fall to Mvula, who hammered the ball past Swart.

Golden Arrows Was On Fire Against Sundowns, But The Worst Happened

Pirates Are A Laughing Stock || Khoza Needs To FIRE Ncikazi