Opinion: Why Chelsea Should Consider Signing Emerson As A Quality Replacement For Injured Chilwell

The news that Chelsea defender Ben Chilwell will require surgery for the anterior cruciate ligament injury he received in the second half of Chelsea's Champions League game against Juventus at Stamford Bridge is heartbreaking for Chelsea fans.

Ben Chilwell will miss the rest of the season and the 2022 World Cup, it has been announced.

As a result of Ben Chilwell's injury, the only other natural left-sided defender in the Chelsea team is Marcos Alonso.

Chelsea would need to find a replacement for Ben Chilwell, and there are a number of players who have been connected with the club. 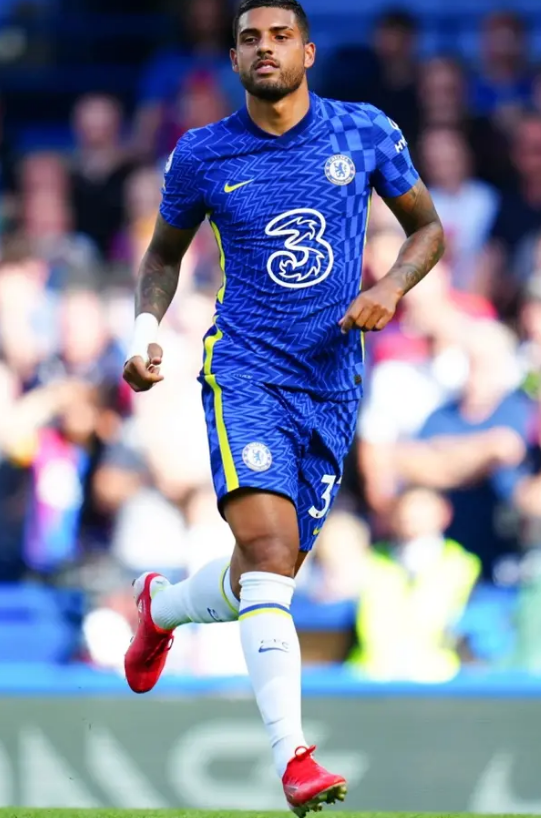 All three Everton players - Lucas Digne, Nicolas Tagliafico, and Sergino Dest - have been mentioned as possible replacements for Ben Chilwell, while Chelsea is also considering recalling either Emerson Palmieri or Ian Maatsen.

In this piece, I'll explain why Chelsea should pursue a deal to bring Emerson Palmieri back and why it's the best option among the other players being rumored.

First, there isn't a transfer fee.

After three and a half years at Chelsea, Emerson Palmieri decided to leave the club in the summer of 2013 to join Lyon in France in pursuit of consistent playing time.

No transfer price would be required for Chelsea to bring back Emerson from Lyon, unlike the fees they would have to pay for Lucas Digne, Nicolas Tagliafico, or Sergino Dest.

There Is No Need To Adapt

Emerson Palmieri is well-acquainted with the Chelsea squad and would reintegrate quickly if he were to return.

Since his participation was little, he was a part of Chelsea's Champions League winning team last year.

The return of Emerson Palmieri to the team would not necessitate any adjustment period for him or the other players at the club.

Well-versed in the field

It is safe to say that the 27-year-old is in the prime of his career. Italians won Euro 2020 with him and he is a key member of their national team as well.

Emerson has appeared in 19 games for Lyon this season, scoring once and providing one assist.

Emerson Palmieri or Lucas Digne or Nicolas Tagliafico should the club spend money on a new left defender in Jauary to replace Ben Chilwell?

In the comments section below, please share your thoughts.