Your evaluation is due: Kaizer Chiefs' 27-man squad depth. 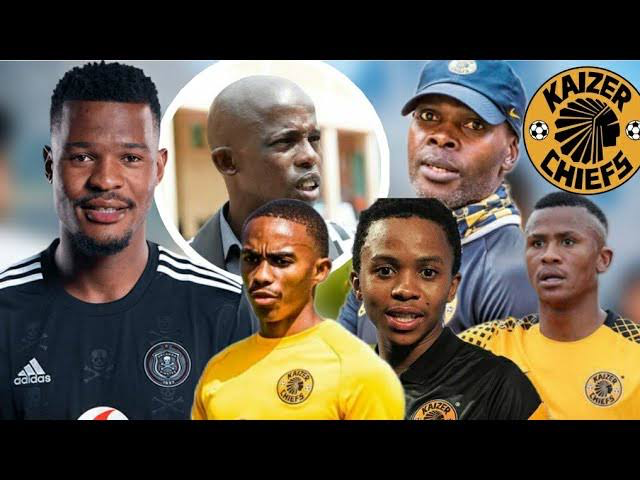 It's the complete makeover. What a thrilling time to be a supporter of the Kaizer Chiefs, don't you think? Take a look at this snapshot of the current depth of the squad...

Mamelodi Sundowns, you had better watch out! The Kaizer Chiefs do not have any games scheduled at this time. Amakhosi have, as of this point, parted ways with 11 players, placed one player on transfer list, and brought on seven new players.

Watch as Sundowns star Jali prepares cow meat and mqombothi at her house, which you can read about here.

Putting together a new team is one thing, but developing a deep roster is what differentiates a top club from a club that finishes in the middle of the league.

A short rundown of all of the players with whom Amakhosi have parted ways is as follows...

Anthony Agay has been placed on the Transfer List.

You may also be interested in reading: The collapse of former Chiefs star Zuma: Friends, money, family, or renting?

A striker from Ghana who has scored 23 goals has been offered by both Chiefs and Orlando Pirates.

Who is on the other end of this new number? Image: @KaizerChiefs / Twitter

This is Ashley Du Preez.

To what extent, then, is this depth sufficient to truly compete against teams like Sundowns?

In the meanwhile, it is anticipated that the Amakhosi would bring in one or two central midfielders, one winger, and a striker.

The club has been rumored to be interested in players such as Rushwin Dortley from Cape Town Spurs, Terrence Mashego from Cape Town City, Given Msimango from TS Galaxy, Kobamelo Kodisang from Braga, Bongani Zungu (a free agent), Fabrice Ngoma from Raja Casablanca, Valentino Yuel from Newcastle Jets, and Victor Letsoalo from Royal Eagles.