By princessvee (self media writer) | 1 month ago

Former Kaizer Chiefs striker Bernard Parker finally found a home with TS Galaxy last Thursday, after a protracted quest for a new team. Parker left the Chiefs after more than ten years as a member of the club's huge departure, which opened their window of opportunity for change. Parker scored 62 goals in all competitions throughout his 11-year tenure at Naturena, playing 359 games for Chiefs, and is still the club's all-time leading goal scorer in the PSL era. He will now try to disprove his critics, Galaxy. 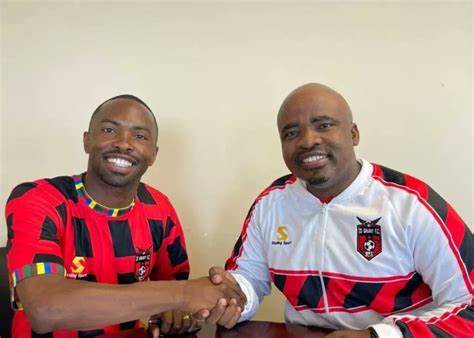 The team complied, releasing Parker as a part of their rebuild. After working out with SuperSport United under the watchful eye of former manager Gavin Hunt, the veteran unexpectedly signed a contract with Galaxy. Even though he has since found a new home in the top tier of football, Parker has opened up about leaving the Chiefs and revealed shocking details about his departure from Naturena.

Chiefs released a ton of players, some of whom had been the core of the team for years and had grown into senior players who were recognized as the face of the organization. One of such players was Parker, who, although having spent more than 10 years representing the team, ended his playing days at Naturena frequently the target of taunts from the crowd, with many fans clamoring for his dismissal.

Content created and supplied by: princessvee (via Opera News )