A former Orlando Pirates striker is confident that Tshegofatso Mabasa will finally get his confidence back to be the player he was before his disappointment with the South African senior national team. 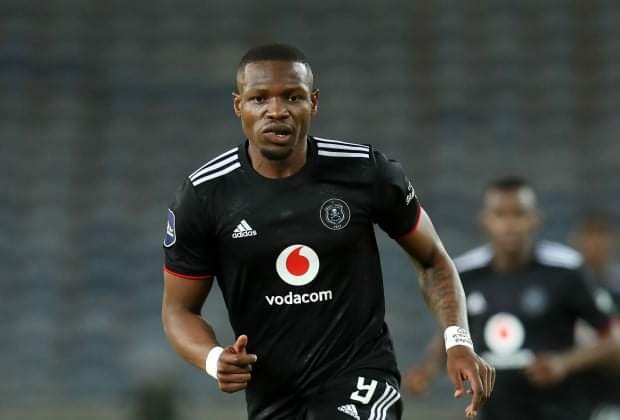 Mabasa has appeared to be low in confidence in recent matches since he was substituted in the first half by Bafana Bafana coach Hugo Broos in the away leg of the back-to-back 2022 World Cup qualifiers against Ethiopia last month.

After being an unused substitute against Stellenbosch FC as Bucs won 3-0 in the league last week, Mabasa repaid the faith shown in him by the technical team by scoring one of the goals when he was selected to start in the CAF Confederation Cup match against Liberia’s LPRC Oilers on Sunday.

They guy is not bad strike, he is good at air but he nid to improve on grnd, contrllng, holding, making runs.Pirates is too big for him I think they should exchange him for Letsoalo. Orlando Pirates, Baberwa and Jomo Cosmos material.I prefer prepah more over him he's overreacted.

I can't still forget that the last time Chiefs won the league was the time of the likes of Mbesuma,Thabo Mooki.Lol Mandla proved us right. The dude knows what he's talking about. Pirates has good players than Downs but on paper.

Orlando buys players even they were not doing well at their previous but they will be stars when they arrive at Sundowns why because the structure that they use to approach games is different and dangerous.

Orlando Pirates plays the best football more than any psl club currently. Difference is Pirates buys good and dangerous players but give them stupid structure nje, play players out of position.