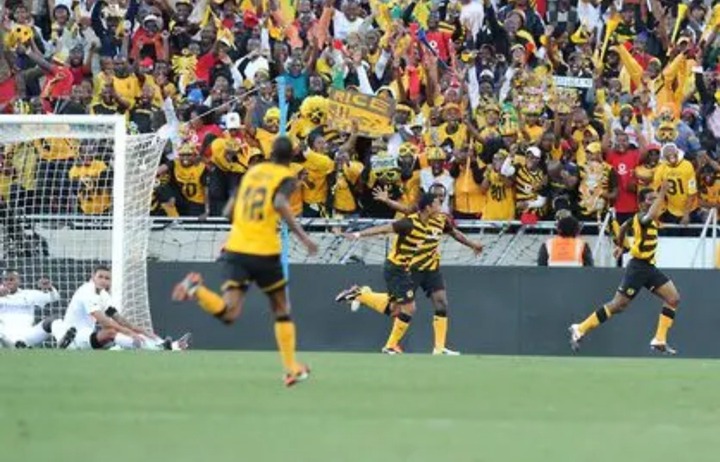 In football, there are times when a team or individual is so confident in the outcome that they over-extend their skills.

Showboating is a thoroughly exciting aspect of football that isn't all-too common, whether it's Neymar whipping out a rainbow flip or Cristiano Ronaldo doing ten thousand step-overs.

Furthermore, the nature of the act creates a gray area because, while it may be entertaining for a neutral, it may be regarded as disrespectful to the opponents.

It depends on where you draw the line on sportsmanship in terms of your opinion on showboating, but it's something that referees have issued bookings for in some instances.

That wasn't the case in February 2018, when the Kaizer Chiefs reserves decided to put on some of the most eye-opening showboating we'd ever seen in the sport.

The reserves of the Kaizer Chiefs were styled after the Platinum Stars.

According to FourFourTwo, the Amakhosi's second-string team was leading the Platinum Stars 4-2 in the last minutes of the game when they decided to dial up the showboating to 11.

Kaizer Chiefs can be seen viciously styling on their opponents as they saw out the MultiChoice Diski Challenge match in Durban in footage that has gone viral multiple times since it occurred.

The reserve team's number 14 looked particularly keen on putting on a show, with his antics ranging from random bursts of cheering to hopping along as if hurt in the middle of a possession.

Fans and a member of the Kaizer Chiefs bench seemed to enjoy what was going on in front of their eyes, but you couldn't help but feel bad for the Platinum Stars as the showboating became more intense.

Regardless of where you stand on the entertainment vs. sportsmanship issue, there's no disputing that it's one of the most entertaining few minutes of football you'll ever see.

So, do yourself a favor and let Kaizer Chiefs' reserves enjoy their game to the utmost by remembering on their incredible showboating from last year down below: