With Liverpool not being able to score in nearly 500 minutes of Premier League football, the Champions showed that even with a very heavy title that they are carrying, they would not be going down without a fight.

In what was end to end action from the start, Liverpool ended their goalless drought in spentacular fashion by brushing off Tottenham at The Tottenham stadium.

Sadio Mane fluffed the first chance of the game, and seconds later Son had the ball in the back of the net only for it to be ruled marginally offside by VAR.

Liverpool did however get the lead with what was the last action in the first half through a Firmino tap in assisted by Mane.

In what could potentially be a Goal of the season, Pierre Hølbjerg released a rocket from 20 yards out to swing a ball curling all the way, away from Allison into the side netting. It appeared that the ball was still traveling as it hit the side inside Allison's net. It was too little for José Mourinho's men though as Liverpool finished off the encounter through Man of the match, Trent Alexander Arnold crossing in a delightful ball in to Sadio Mane to slot it home for a resounding victory of 3-1. 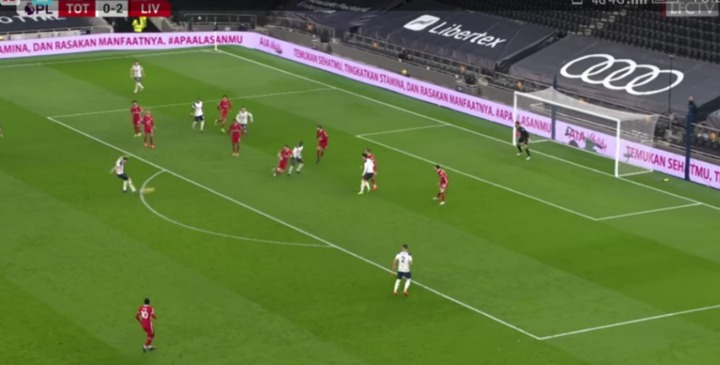 The match however did seem to cause more problems for Jurgen Klopp as another center back was left injured, With Fabinho not making the match day squad, it was the First time that Joel Matip played alongside Captain Henderson. The former however could only manage 45mins with Nat Phillips replacing him in the second half.

And with FSG reluctant to make any signing a during the current transfer window, will the current squad be strong enough to take on the remaining pack? Or will we see Liverpool deemed a one season wonder and be made to wait another 30years for a title all because the owners didn't react in the right manner amidst a pandemic.

"I’m not picky or whatever, but we need to find the right player."

"We have players still, but not a lot in the defensive line to be honest – it’s really incredible what is happening there."

"We got aware of the struggle of Joel Matip with his ankle," said Klopp.

"There was no chance to play on. It is his ankle ligaments."

I Don't Work, I Just Satisy My 16 Wives:Zimbabwean man with 151 children