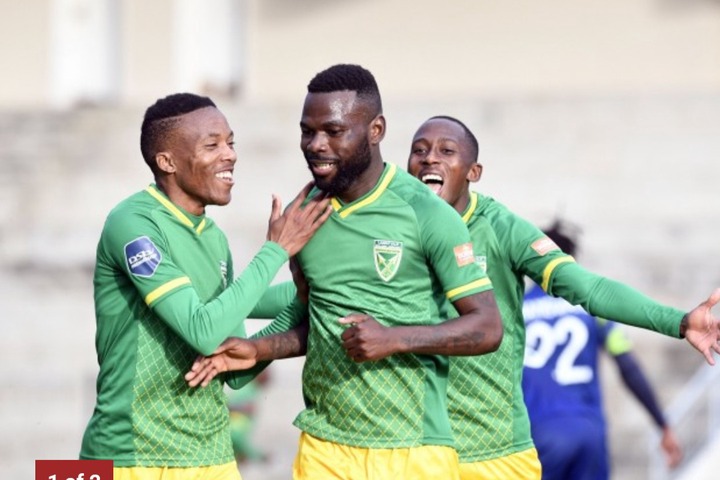 With a 3-1 win over Marumo Gallants at Sugar Ray Xulu Stadium on Sunday, Golden Arrows moved above Orlando Pirates and into fifth place in the DStv Premiership standings.

Bafana Bafana goalkeeper Sifiso Mlungwana was omitted from the team and replaced by Maximilian Mbaeva in a noteworthy omission for the Arrows.

Early on, the Arrows had two good chances in rapid succession. Sphelele Magubane, who was unmarked, collected the ball at the near post but shot wide. Then, after Washington Arubi had a glove on it, Knox Mutizwa made a good header on goal, but it was cleared off the line by Lehlohonolo Nonyane.

After some slick passing from Abafana Bes'thende, Pule Mmodi delivered into the box, but the play ended with a poor shot from Simo Mbhele, which Arubi comfortably collected.

Serge Junior Dion was a thorn in the side of the Arrows defense, and Mbaeva had to be ready on the half-hour mark to save his dipping free-kick. Soon after, the Ivorian attacker received a ball from Ndabayithethwa Ndlondlo and unleashed a shot at goal, which was brilliantly blocked by Nkosinathi Sibisi.

Arrows were awarded a penalty shortly after the break when Velemseni Ndwandwe's effort impacted Edgar Manaka's arm. Captain Sibisi took a step forward and boldly deposited the ball in the back of the net.

After that, Gallants was awarded a freekick in a strong shooting position. Ndivhuwo Ravhuhali stepped forward to hit it, but it failed to put Mbaeva to the test.

In the 66th minute, the home team made it 2-0. Siyabonga Khumalo controlled the ball well just outside the box and slipped a pass to Mutizwa, who hit the back of the net low and hard.

In the 75th minute, Gallants got a goal back. They applied pressure to the Arrows defense, and Mutizwa bizarrely put the ball into his own net as a consequence of a defensive mix-up.

The Arrows defense was holding firm as Marumo sniffed a point and delivered cross after cross towards the area.

After a strong buildup from the KZN side, Khumalo blasted low and hard into the bottom right corner to put the game to bed in the first minute of stoppage time.

Here's how they started: