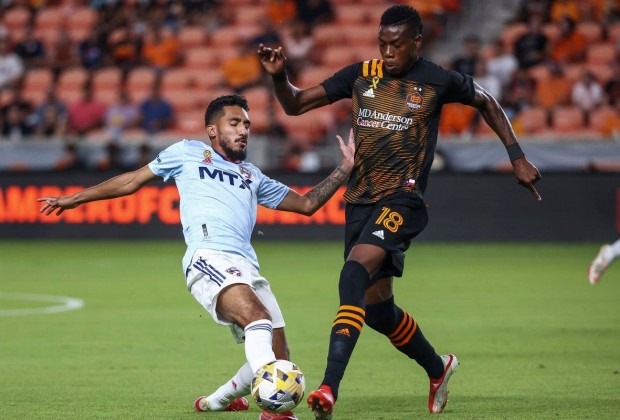 Hadebe, a teenager, is still benefiting from his time in the US after keeping his income above the million-dollar (about R16 million) threshold.

Hadebe, who went from Turkish club Yeni Malatyaspor where he spent two years playing frequently after joining from Kaizer Chiefs, is set to finish a year at Houston Dynamo next week.

He played for the Chiefs for two more seasons, making 39 appearances.

Hadebe's guaranteed annual salary, according to the MLS Players Association, is USD 1,179 177 million (about R18,86 million) per year.

According to the MLS Players Association, a player's base pay, signing-on fee, marketing bonus, agency fees, and guaranteed bonuses are all included in the yearly guaranteed compensation, which is annualized over the course of the player's contract, including option years.

Performance bonuses are not included in this amount because their earnings are not guaranteed.

In cases where the overall pay and acquisition costs surpass the maximum budget charge, the league permits each club to sign up to three players.

At Dynamo, Hadebe, Ferreira, and Tim Parker are some of these guys.He is among the top 70 earners from the 28 MLS clubs, with Xherdan Shaqiri of Chicago leading with a package worth USD 8,153 million (roughly R 130 million), Javier "Chicharito" Hernandez of the LA Galaxy earning USD 6 million (roughly R96 million), and Gonzalo Higuain of Inter Miami earning USD 5,79 million (approximately R92 million).