The attitude of Al Ahly regarding the CAFCL final has been confirmed. 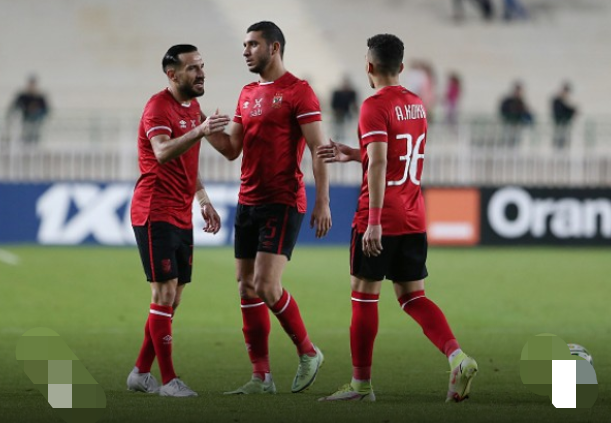 The CAF made the announcement a week ago that the Mohammed V Stadium in Casablanca will play home to the final of the CAFCL tournament.

The camp for Al Ahly reacted with indignation to the decision, claiming that their opponents, Wydad Casablanca, would have an edge due to the site of the match. As a result of this judgment, Wydad Casablanca will now play the final on their home turf against the Egyptian Premier League club.

CAF has already dismissed the allegations made by the Red Devils, prompting the club to make the decision to take the dispute to the Court of Arbitration for Sport (CAS).

A thorough statement outlining Al Ahly's game plan has been issued by the club in advance of the final, which is scheduled to take place on May 30.

According to KingFut, the text of the statement read as follows: "Al Ahly SC maintains the strong and historic links between the club and the Moroccan clubs and football supporters in Morocco, who are not implicated in the disagreement between Al Ahly and CAF." [Citation needed]

"The club is in the midst of a dispute with CAF as a result of their decision over the location of the CAF Champions League final, which the club believes was made in an unfair manner and is in violation of all FIFA standards as well as the Olympic Charter. In addition to this, the decision was not revealed until a very late point of the contest.

"In accordance with the principles and customs upheld by the club, its members will compete in the final of the CAF Champions League regardless of the location of the match. There was not a single remark sent our way verifying any of the aspects of the game.

"Al Ahly is steadfast in adhering to its rightful expectations and will make a request for certain regulations in order to ensure fairness between the two competing teams in the final, which will serve as the highlight of the most important tournament in Africa.

"After all of the bad problems that have arisen in the process of organizing CAF competitions, which have not had defined regulations for a significant amount of time, the club made the decision to take the disagreement to CAS and escalate the situation.

"The club wants that CAS make a decision on the matter prior to the scheduled date of the final. At order to level the playing field between the two teams that are competing, the club requests that the game be played in a neutral location or that it be postponed until the CAS can evaluate the circumstances and make a decision.

"The club has a responsibility to play for our cherished continent based on the continental and international value of the club that will participate in the final for the 15th time in the club's history, and the club will continue to proceed with its complaint to CAS no matter the outcome of the situation.

"Regarding the tournaments and football venues in Africa, the club is looking forward to having the cooperation of national and international organizations in order to remedy what has been happening and provide the best possible conditions for football in Africa. Our cherished continent, which is responsible for producing some of the most brilliant minds in the world, is deserving of the very best on every level."