Is Barcelona becoming the new Arsenal?

By Petergriffinpumpkineater (self media writer) | 28 days ago 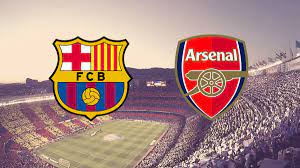 Will Barça ever find their form again?

Since 2019, Barça has been involved in some difficult financial issues. The club has been in huge debts and there has been some mismanagement of funds by the club's top management. All this was happening behind closed doors. It was publicized in 2020 when their then-star player Leo Messi wanted to leave the club because he was not happy with how it was being operated. Another reason was the lack of winning ways for Barça as they were thrashed 8-0 in the UCL quarter-finals in 2019/2020, and they were hammered 5-2 on aggregate by PSG in 2020/2021 UCL last 16. Barça has since been in turmoil. With the overwhelming wage bill, to the club being in debt, it was forced to release some of its players and among those was their star player and the person who brought most of the club's marketing revenue, Leo Messi.

Has the exit of Leo Messi affected Barça?

The answer is simply yes. Messi was the most marketable Barça player, and he basically paid his own salary if you consider the amount of money he was bringing to the club in terms of sponsorships. His exit proved to be detrimental to Barça. The team has been suffering ever since he left to join Paris sensation PSG. Other key players left too.

During pre-season, the team looked like they would function without the el pulga. With the likes of Memphis Depay shining throughout the pre-season and the first game of the season, it seemed like the absence of Messi was never there. But a few games in Laliga, Barça has been suffering draws if not defeats. The club faced Bayern in the Champions League, and it was inevitable that Bayern would win considering Barças weak squad.

There were times when Arsenal was the best team in the world. It had stars like Thierry Henry, Robert Pires to Dennis Bergkamp. When Henry Left Arsenal for Barça in 2007, Arsenal's form disappeared. Their appearance in the UCL became a dream. They could not even challenge for the league title. Even after the introduction of stars like Ozil and Wilshere, Arsenal still became a B-team.

Henry left Arsenal, and it crumbled. Messi left Barça, and it is collapsing. Maybe it is too early to judge, but the way things are going, Barça might turn into Arsenal mode.