AmaZulu FC picked up their first win of the new campaign after an impressive display at home against SuperSport United on matchday 2 of the 2022/23 DStv Premiership campaign.

Usuthu had the home ground advantage in the match, but had to work their way from 1-0 behind to win the match as the visitors scored the opening goal in the early minutes of the second half.

After a 0-0 half-time score, Gavin Hunt's SuperSport United claimed the lead in the 56th minute when Thapelo Maseko threatened AmaZulu FC's defence for the 1-0 lead.

The home side got back in the match nine minutes later when Gabadinho Mhango opened his goalscoring account with Usuthu scoring the equalizer in the 65th minute for a 1-1 score as Riaan Hanamub assisted.

Bongi Ntuli found the back of the net from Augustine Kwem's assist in the 78th minute for the 2-1 lead. The home side held onto their lead and claimed maximum points.

The Durban-based side did much better than their opening fixture which was a 0-0 draw against TS Galaxy. After two matches played, Usuthu is sitting on four points in the league already without any defeats suffered yet.

Gabadinho Mhango who scored AmaZulu FC's first goal in the match, signed for the club in the off-season after he parted ways with Orlando Pirates.

The Malawian striker was a fringe player at the Buccaneers last season and with AmaZulu FC, Gabadinho Mhango is breathing new life, and what a good way to start it with a goal on matchday 2, or the club's first home fixture.

Gabadinho Mhango has now opened his goalscoring account with the Durban side, a d if he wants to be a successful striker in the run for the golden boot, he should maintain his scoring form going forward. 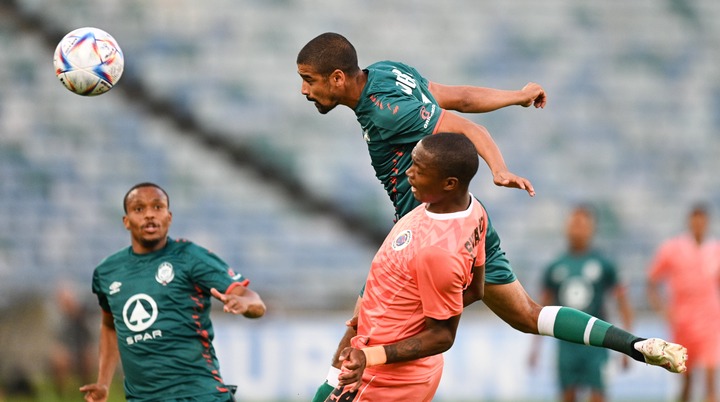