Hugo Broos has brushed aside all the doubts thrown at him when he first took charge of the national men's team and so far has done some remarkable work. Hugo Broos' Bafana side has enjoyed a substantial climb up the latest FIFA World rankings following back to Back wins over Ethiopia earlier this month. 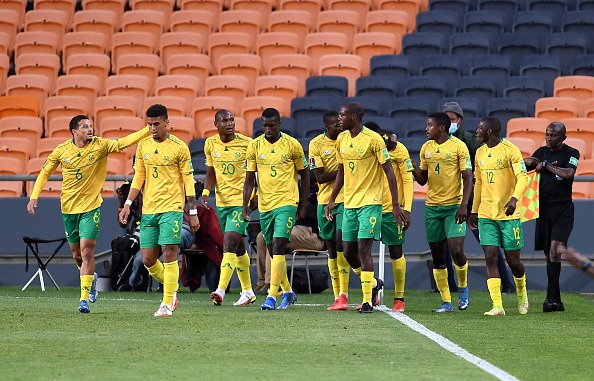 Bafana came away with the spoils in both of those encounters by winning 3-1 away from home soil before recording a narrow 1-0 win at the FNB Stadium in the return leg pushing up to occupy the 1st position in their qualifying group and leaving them in pole position to progress to the next round of qualifying for Qatar 2022.

The national team's impressive victories over their East African opponents has since been reflected in the latest World Ranking where South Africa has climbed an impressive 7 places to take the 66th spot in the overall standings.

This has put Bafana in their highest position in the World Ranking since the start of 2015 when the team reached a high of 52nd in the global charts, while Hugo Broos' charges have also now climbed to 12th overall on the African continent.

Meanwhile, Belgium have then again retained their spot as the world's highest ranked nation ahead of rivals Brazil, while World and Nations league champions France have jumped into the top three following their triumph in the UEFA Nations League earlier in October defeating Spain in the final.

Hugo Broos doesn't have a 100% record with Bafana, but the Belgian is yet to lose a game with the refurbished Bafana squad.