By QinisoMzi (self media writer) | 22 days ago 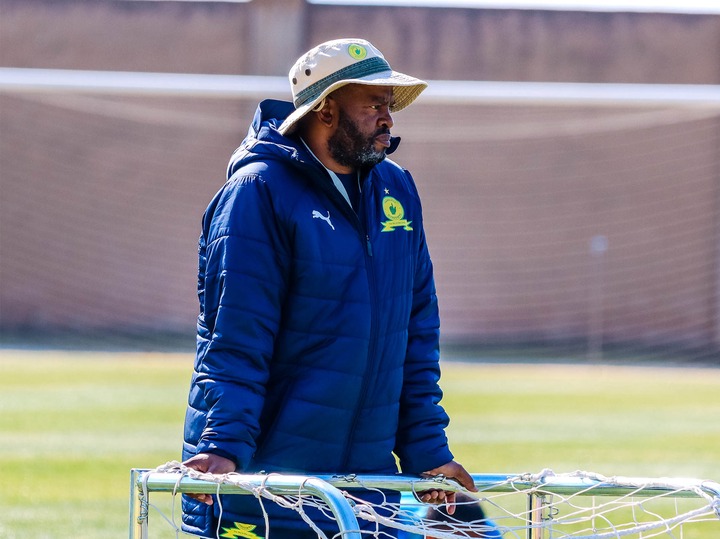 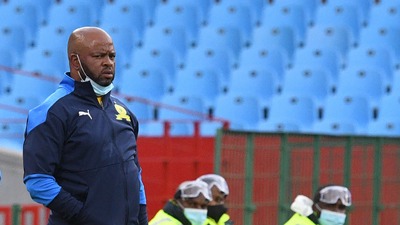 MAMELODI Sundowns coach, Manqoba Mngqithi, has admitted that their failure to win the MTN8 title so far, is one of the things that motivates them ahead of their game against the Lamontville Golden Arrows.

The teams will clash in the second leg at Lucas Moripe Stadium today at 6pm after a 1-1 draw in the first match at Sugar Ray Xulu Stadium.

On Saturday, the Sandawanas thrashed Orlando Pirates 2-0 in the DStv Premiership.

In a press conference yesterday, Mngqithi said they were happy with the way they had started the season but it was important that they strive to progress on MTN8 and try to end the streak of not winning the trophy. Sundowns have not been beaten since the start of the season, including league games.

"We've had a lot of problems with MTN8 before. I remember we were dropped out by Platinum Stars because we probably used new players before they joined the team," said Mngqithi.

"We once lost to Wits in the final. At that time, we were also playing in the Caf Champions League and we have reached the semi-finals. The players were tired from traveling long distances.

"We were knocked out of the semi-finals by Cape Town City another year. I think we did very well but we were unlucky. Some decisions did not work out for us in Cape Town.

"I can't say we have always had a bad start to the season, but I can say that on MTN8 we have to face a variety of circumstances that have kept us from lifting the trophy. "We are well prepared for the game," said Mngqithi.

Mngqithi, who lifted the trophy in 2009 while coaching Abafana Bes'thende, continued: “We play against a very well-organized team, I have to be honest. A team that scores goals and both of its strikers are in form. Mutizwa (Knox) ​​is back, Gumede (Michael) is still scoring goals.

Sibiya (Nduduzo) is just starting to show his magic. He is a player I believe can do a lot for the Arrows but maybe he doesn't work hard at all. Pule Mmodi also plays very well, as well as midfielders Dlamini (Nqubeko), Ndwandwe (Velemseni), and Mbhele (Simo) .

"We know we are playing against an organized team but we have a debt to bring Sundowns into the final. We will have to do our best not to score goals and try to score or two to make sure we go further.

"We have a very big squad, we believe we will be able to fight for this game and give it the respect it deserves; we will not be arrogant. The Arrows have played well since the start of the season.

In another MTN8 semi-final, the Swallows will face Cape Town City at Dobsonville Stadium on Wednesday at 6pm. They drew 0-0 in the first leg in Cape Town.

Content created and supplied by: QinisoMzi (via Opera News )