By SSSlye (self media writer) | 2 months ago

Arthur Zwane just said that Itumeleng Khune, who is the captain of Kaizer Chiefs, will not start every game. He has chosen all-new captains. 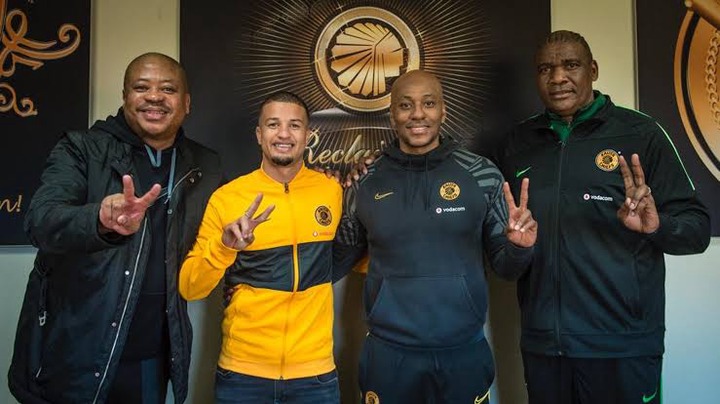 At first, Khune was named captain of the Amakhosi. But he isn't a sure thing to be in the starting lineup.

In Khune's place, Zwane chose new captains who will wear the armband for the first time this season.

After their coach quits, the African Giants go after Pitso Mosimane.

Zwane has confirmed two shocking things about the Chiefs' DStv season in 2022/23...

Itumeleng Khune may be the captain, but that doesn't mean he will start every game. Second, Amakhosi has more than one leader, as Zwane pointed out when he called Khune a "shock potential back-us." Amakhosi now has brand new captains.

"This isn't just about Itu," Zwane told KickOff. "Itu will only be captain if he plays in goal. If he doesn't play, someone else will take over."

In Khune's place, Zwane has suggested some shocking candidates to replace him.

People did not expect Yusuf Maart and Zitha Kwinika to wear the Amakhosi armband.

The Chiefs of the Kaizers have hired two new coaches, one of whom is a former Amakhosi player.

"Yusuf Maart has those qualities; he was captain of Sekhukhune United,"

Last week, Zwane also said that Keagan Dolly and Khama Billiat could be captains in the upcoming season.

On Saturday, August 6, 2022, Amakhosi will start their new campaign against MaMkhize's Royal AM.

Content created and supplied by: SSSlye (via Opera News )