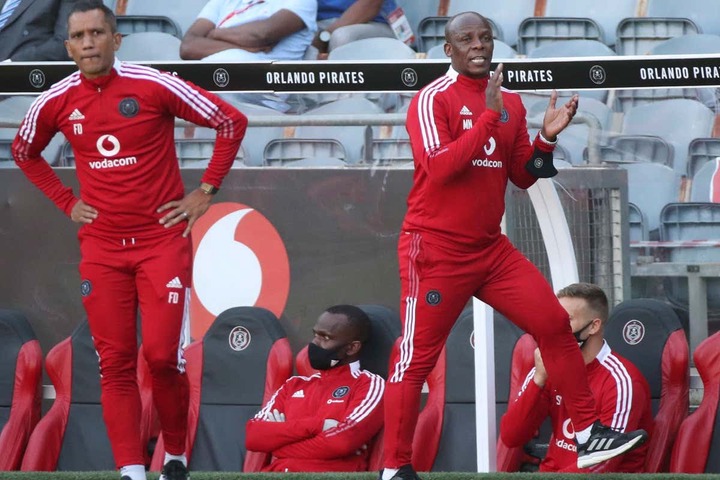 The supporters have complained a lot about coach Mandla Ncikazi and coach Fadlu Davids. The two Orlando Pirates coaches have different playing philosophies that has been noticeable. The Buccaneers have not been consistent enough in the league again this season. There are people who think that Orlando Pirates co-coaches are the cause for the team being inconsistent. Orlando Pirates has not found a coach of yet, and they are not being linked with other coaches in recent times. It seems at the co-coaches take turns on certain games who is in charge. That alone has led to different players being used according to former Orlando Pirates player Tonic Chabalala creating confusion.

Tonic Chabalala told iDiski Times that "We understand it's football, it changes, but I don’t think it will work with two coaches because each coach has his players who he understands well. Having two coaches develops the division among the players, let’s say this week it’s Fadlu who is in charge, he will obviously field his players. There are players like Kwanda Mngonyama and Bandile Shandu and all these players, but I don’t know, maybe it’s because Fadlu knows them from Maritzburg. Despite the team winning the last game, they will change the line-up the following week. Yes, we know you can change, but not every week, even [when] the team is winning. I don’t have a concern about who must play or not, but at least there must be a team, a first eleven with players who we know they will deliver." Do you agree with what the Orlando Pirates legend had to say? Comment your answer below, share and hit the like button please.