Lionel will not wear no.10 at PSG | Check his new no. Jersey

By Football-News (self media writer) | 1 year ago

Lionel will not wear no.10 at PSG | Check his new no. Jersey 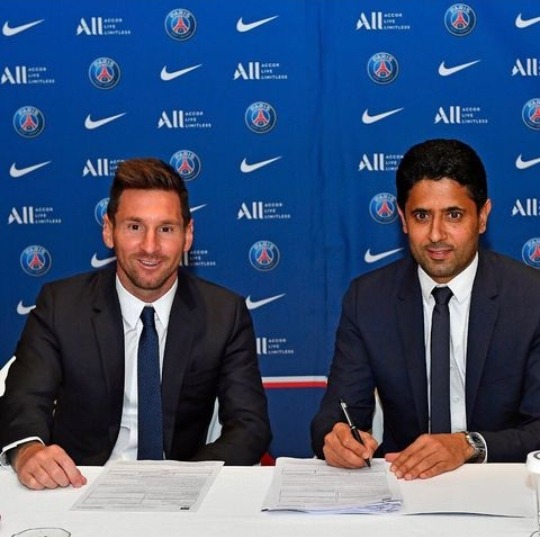 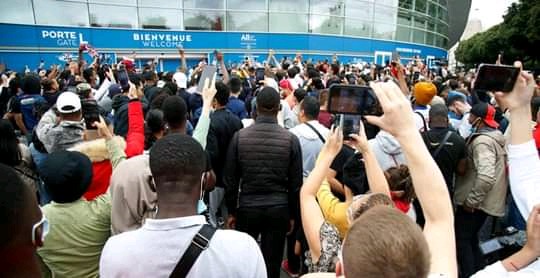 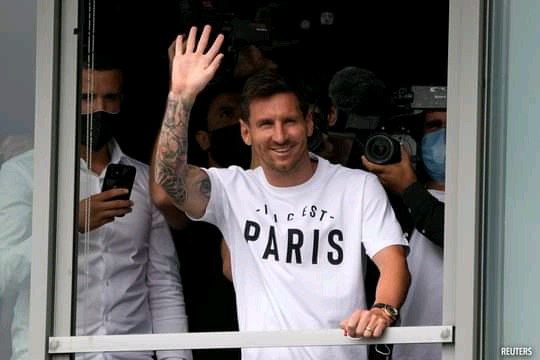 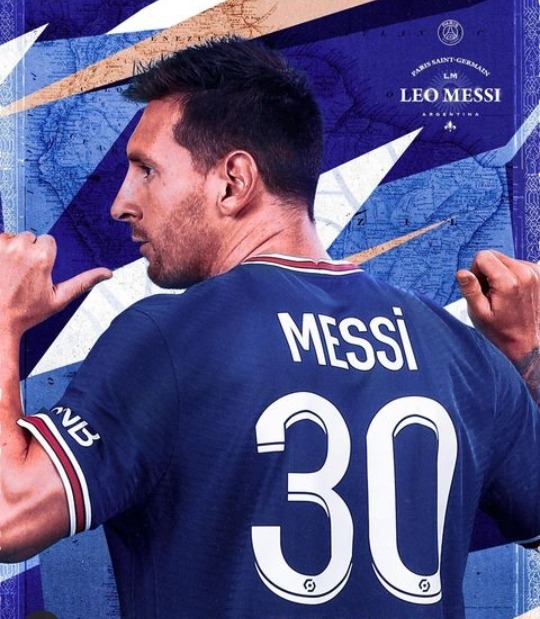 This move will make football fans see the combination of Kylian Mbappe and Lionel Messi, and also Neymar Junior in the attack of Paris Saint German while they will also see the likes of Sergio Garcia Ramos at the back line of the club, Lionel Messi and Neymar Junior will be playing together for the second time as they also played together as football club Barcelona.

Lionel Messi words after joining Paris Saint German on a two year contract "I am excited to begin a new chapter of my career at Paris Saint-Germain," PSG quoted Messi as saying. "I am determined to help build something special for the club and the fans, and I am looking forward to stepping out onto the pitch at the Parc des Princes."

Paris Saint German fans were all over in Paris waiting for Lionel Messi's arrival since yesterday as Lionel Messi was expected, but he arrived today to complete his medical test and he signed a contract of two years with an option of a third year. Paris Saint German supporters were at Parc des Princes stadium, chanting and setting off smoke flares.

"It's going to be mad. There's a legend arriving, after all," said supporter Florent Chauveau.

Lionel Messi arrived in Paris on his private jet earlier on tuesday with his wife and three children, waving to hundreds of Paris Saint German supporters who were outside the airport before being taken to a private hospital for a medical of Paris Saint German. He later waved his hand to dozens of fans who had assembled beneath the balcony of his hotel room.

FROM TEARS TO SMILES

Two days ago, Lionel Messi was in tears as he was about to leave his childhood club which is football club Barcelona as he was talking about his feelings about the La Liga Giants. Lionel Messi said he wanted to carry on competing at the club and that he still harboured ambitions to win another Champions League trophy, one that his new club has never won, despite Qatar Sports Investment's lavish spending. But the club was complaining about financial and structural obstacles.

Lionel Messi will wear the number 30 jersey in Paris Saint German, the club confirmed in a video posted on its Twitter feed, headlined "a new diamond in Paris".

Spain defender Sergio Garcia Ramos who was no longer wanted at Real Madrid, Dutch midfielder Georginio Wijnaldum had run down his contract with Liverpool and Italy's Euro 2020 winning goalkeeper Gianluigi Donnarumma also joined after his contract with AC Milan ran out. All these player signed with Paris Saint German and now it's Lionel Messi.

Lionel Messi contract with football club Barcelona was reportedly a total of 555 million euros ($650 million) and reported to be the most lucrative in world sport, is also set to provoke a renewed new debate about UEFA's financial fair play rules.

Football's European governing body introduced the rules in 2009 in an attempt to restrict the power of free-spending owners to buy success, but their success is debatable.

Lionel Messi, who has 245 million followers on Instagram, will be welcome news for Ligue 1 as a battle rages between broadcasters over the price of its television rights, crucial to the finances of the clubs.