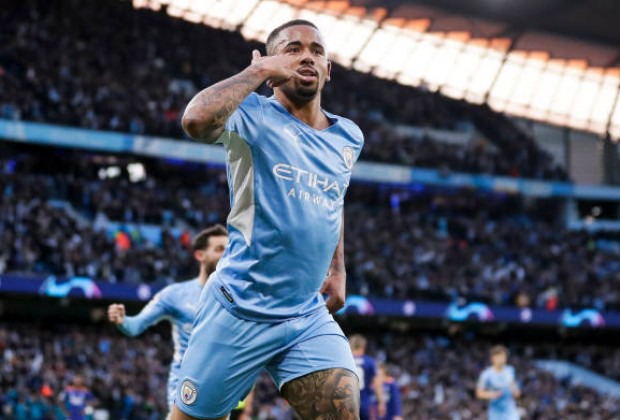 A former Manchester City player thinks Pep Guardiola and his previous team are wrong to have allowed a certain player to sign with a Premier League opponent.

After acquiring the contracts of Julian Alvarez and Erling Haaland, the Citizens are anticipated to add a couple more players during this transfer window.

Several of the team's first-team players will leave in order to raise money for potential incomings, with Kalvin Phillips, Marc Cucurella, and Joao Felix lately being linked with a move to City.

To this purpose, it is said that striker Gabriel Jesus has already passed a medical exam for Arsenal and is on his way there.

The Brazilian's five-year stint with the Mancunians is anticipated to come to an end when he signs a £45 million (R881 million) deal to join the Gunners.

The retired footballer said, according to Four Four Two, "Pep Guardiola is making a mistake by letting Gabriel Jesus depart; Erling Haaland has had his injury troubles and the Premier League is a very physical league."

I'm amazed he was permitted to leave because he has scored a lot of goals for them.

In 236 appearances for City so far, the South American has 95 goals and 46 assists.

Although Jesus may have an impressive record, Guardiola has struggled to make Jesus the club's first-choice striker over the past few years. Guardiola has favoured using other players in the central attacking role.

Shongwe: Zwane is building a team that will cause terror