Ghana captain Andre Ayew: I knew that Bafana will not survive against Ghana

Ghana captain Andre Ayew denied his side were gifted a dubious penalty while claiming they should have been awarded TWO more penalties against Bafana Bafana. 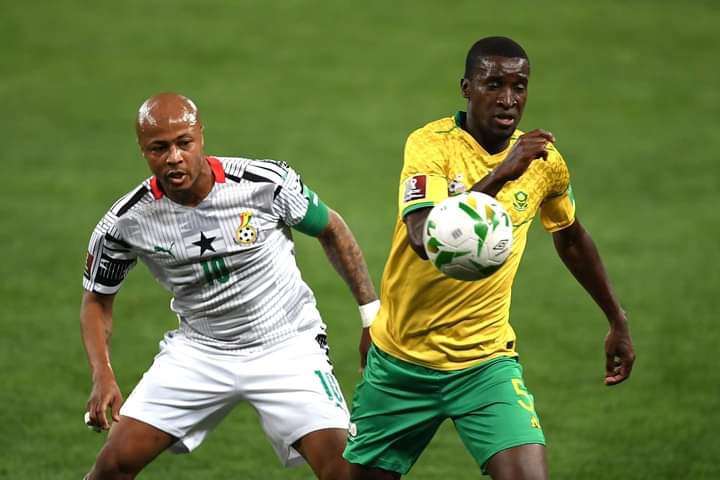 Ghana advanced to the next round of 2022 FIFA World Cup qualifiers at the expense of South Africa on Sunday after a controversial penalty decision ultimately earned the Black Stars a narrow 1-0 win over Bafana Bafana in Accra.

Milovan Rajevac's outfit came into the match three points behind South Africa in the Group G standings but knew that a win by any margin would be enough to secure Ghana's progression to the final round of qualifiers.

The West African giants were awarded an early opportunity to make that happen after Rushine De Reuck was controversially adjudged to have fouled Daniel Amartey in the box by Sengalese referee Maguette Ndiaye.

So they paid that fraud referee for 3 penalties and he didn't deliver. You could see that he was nervous about not doing his job even when he took out that red card and his consciousness came and pretended as if it was a mistake.

Disgraceful coming from someone playing in one of the best leagues in the world.That was not a penalty,even in Kasi Sunday tournaments.Shame on you.But yeah I wish Ghana progress still,this Rick Flair has too much airtime.