By LucasMog (self media writer) | 1 year ago

In this short tactical analysis, we will look at how Gavin Hunt uses formations, his typical game plan and how his team defend and attack. 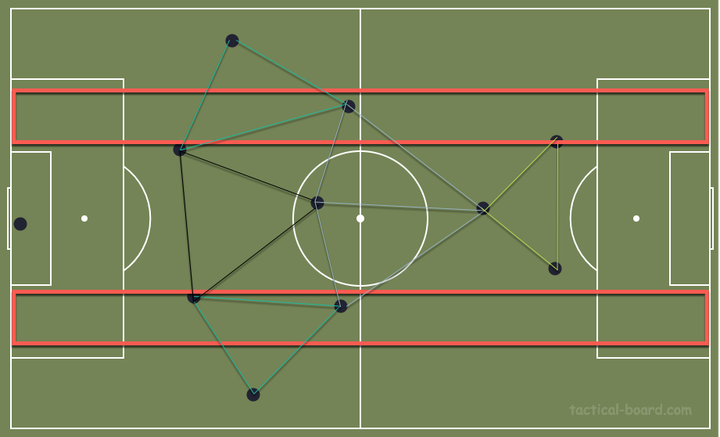 The obvious benefit of using a 4-3-1-2 is the structured triangulation of the team. At any one time, a player with the ball should be able to find at least one teammate in space looking for the pass, possibly two. The focus of the attack is generally down the middle which we will go into later on.

Hunt also likes to utilise the ‘half spaces’. One player in particular that plays within the half spaces superbly Njabulo Blom.These spaces can be vulnerable weak points for any team trying to keep its positional shape and are often overlooked. 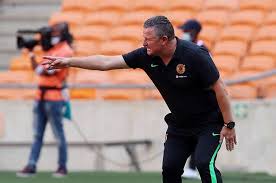 Another one of Hunt's favourite formations is the 4-2-2-2. This is sometimes switched to if the game plan isn’t working. The idea is to exploit the space between the opposition’s defence and attack by having at least six players involved in any phase of the play. The formation only really works with teams that can pass exceptionally.

An overload in the middle is usually achieved by having two defensive midfielders protecting the four in defence enabling the front four to attack with wing back support. The wings are quite vulnerable. However, Gallardo views this as collateral with the opposition needing to get the ball into the centre to score anyway.

When defending, Gavin Hunt likes to keep emphasis in the middle of the pitch. A middle block is usually employed. The wings look super vulnerable, but as mentioned above is not a concern. Even more so if the opposition does not take advantage of the obvious spaces out wide.

Once the ball is won back or Chiefs win a goal kick the main effort is to get the ball into the final third of the pitch as quickly as possible. This is often done by long balls from the back to the middle three attacking players.

Once the ball has been controlled by Chiefs and the opposition’s half is penetrated, Chiefs make short, sharp passes to dislodge their opponent’s organisation. If the wing backs push further up the field, the two defensive midfielders cover the spaces that are left.

In the opponents final third, Chiefs always give themselves multiple passing options. Hunt's 4-3-1-2 formation always manages to implement a high volume of players forward and usually have six players in a phase of play.

Gavin Hunt is one of the most successful coaches in the PSL and has pretty much won everything there is to win.Youth graduates from the Multichoice Diski side will also get a chance to flourish under him.

Content created and supplied by: LucasMog (via Opera News )

Twenty Beautiful Ways To Set Up Your Bedroom

How to make Your Shape Look Slim