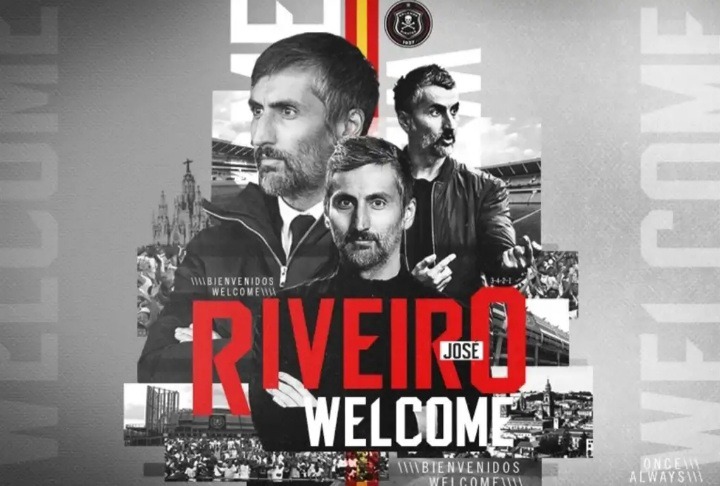 Orlando Pirates on Saturday announced that they have appointed a Spanish Jose Riveiro as the club's new head coach on a three year deal. The 46 year old manager will be assisted by Sergio Almenara as well as Mandla Ncikazi who remains the only technical staff member to survive the previous regime under former coach Josef Zinnbauer.

Fans didn't see Riveiro becoming the new head coach with speculation rife that the club would appoint Benni McCarthy as the coach.

"First of all, I would like to send a greeting to all the fans of Orlando Pirates. I am delighted to have joined the club. The Pirates project is an exciting one and I look forward to what lies ahead". Riveiro said.

Pirates on Saturday announced the appointment of their new head coach. Here are five things you need to know about the new man coach.

Jose Riveiro was born in Vigo, Galicia, and began his coaching career at an early age, taking over his first senior team, CD Teis in the regional leagues shortly after.

He started his managerial career at the age of 35, Riveiro holds a UEFA Pro License.

His style of play, in 102 matches he managed at FC Inter Turku, he won 56, drew 13 and suffered 33 defeats. The 46-year-old believes in pressing attacking football fluently speaks his native language and English. He is described as a modern, progressive coach with exciting, attacking football as his philosophy.