Majority of South Africans are ordinarily soccer fans regardless of their walks of life, some, particularly high-profile politicians somewhat hide where their allegiances lie, but in the world which is dominated by social media, it has become quite easier for us to know who support who, this mainly happens when clubs send birthday messages or at worse condolences messages when their supporter has died. 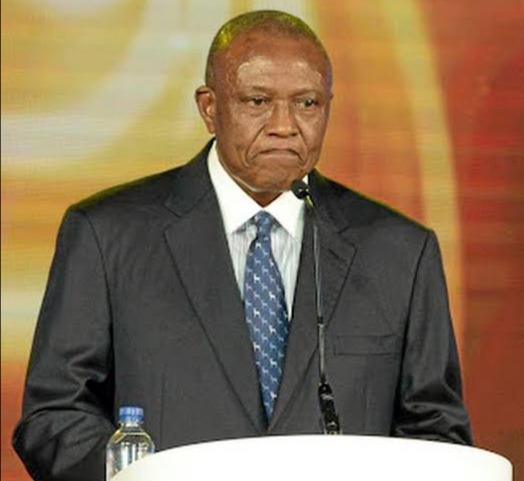 The country, particularly those from the City of Johannesburg were rocked on Saturday evening, when news emerged that Executive major, Jolidee Matongo had sadly passed away from a horrific car crash.

Matongo, who had been on the ANC campaign trail with President Cyril Ramaphosa in Soweto, died when the car he was travelling in was involved in a head-on collision with another on-coming car. 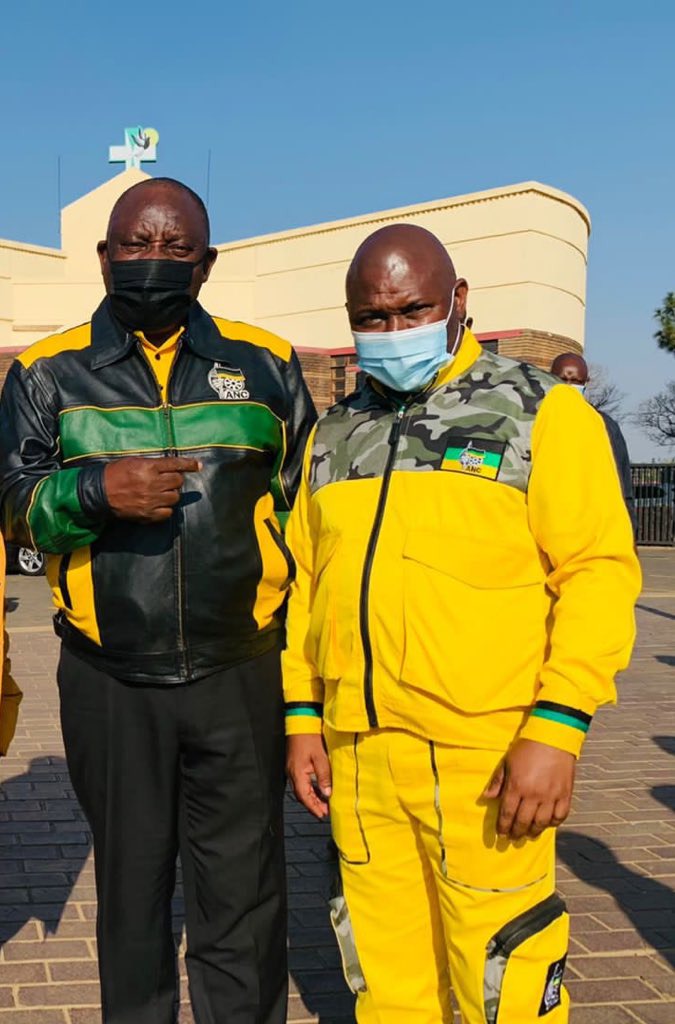 Amidst the shock, Orlando Pirates football club joined in to send their heartfelt to Matongo's family. It is understood that the 47 years old was a Buccaneer through and through, and his death has left the club one diehard supporter short.

"☠ Orlando Pirates is saddened by the passing of Johannesburg Mayor, Jolidee Matongo. On behalf of the extended @orlandopirates family, we convey our heartfelt and deepest sympathy to the Matongo family. Rest In Peace #Buccaneer.⚫⚪🔴⭐." Pirates posted on their official twitter account. 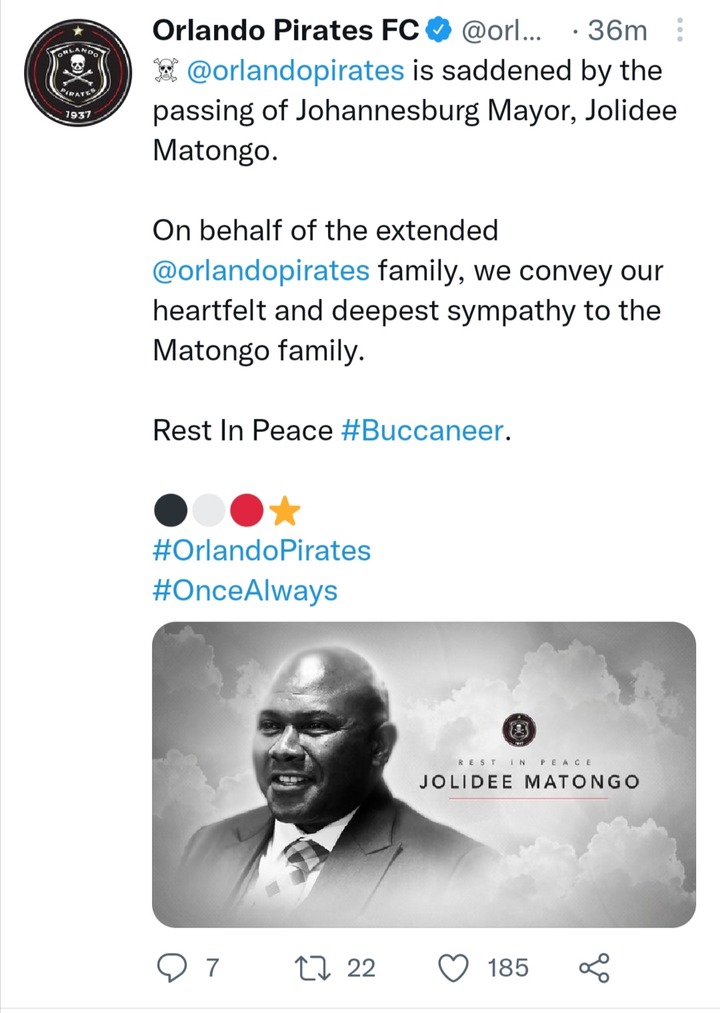 Matongo was born in Johannesburg, and he virtually spent all of his short life in the region, which is why he fell in love with the Mighty Up the Bucs.

Details pertaining to his funeral have not been divulged yet, but it will definitely take place before the end of week as per the customs of his tradition. 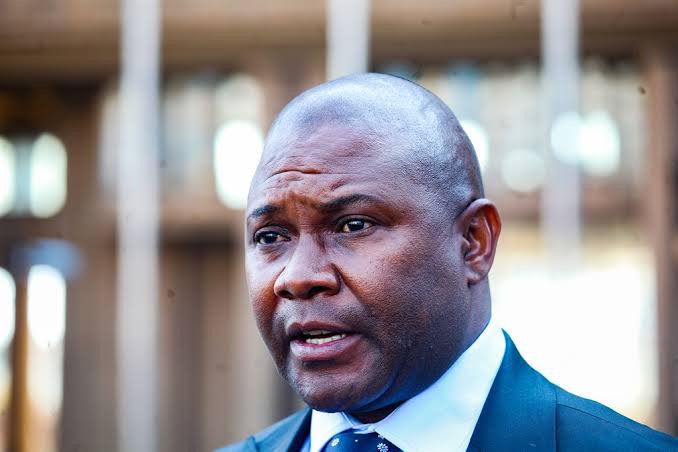 It is a sorrowful moment for Pirates, because Matongo's predecessor, the late, Jeoffrey Makhubo who died in July due to complications related to the Covid-19 disease, was also a huge Pirates fan.

The OnlineNewzBible team again sends its most sincere condolences to Matongo's family, May his Revolutionary soul Rest in Eternal Peace.

Pitso Mosimane broke down as fans attack him for Al Ahly's performance, but he still shows his love

A fan tells Busiswa to change her hairstylist.