Messi's shirt brings in a lot of money for PSG. 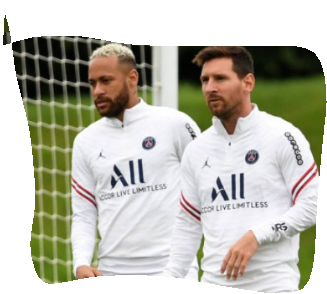 According to numerous accounts, Messi was officially announced as a PSG player last week, and with his announcement came 250 000 "Messi 30" shirts, which were apparently sold out just thirty minutes after the sale went live.

According to Spanish daily Marca, the Ligue 1 club has made a massive €120 million (R2.1 billion) from the Argentine's shirt sales alone since that day, a figure that is expected to climb as the season progresses.

The 34-year-old has yet to play for the team on the pitch, but he is swiftly establishing himself as a valuable off-field addition.

One of the reasons that the former Barcelona star commands the exorbitant wages that Les Parisiens are apparently giving him is his marketability.

PSG's clothing is designed by Nike's Jordan brand, which is manufactured in collaboration with basketball icon Michael Jordan. According to reports, the 58-year-old receives 5% of every shirt sales, which means he has already gained almost €6 million (R106 million) since the Argentine joined the club.

Content created and supplied by: Nqobah97 (via Opera News )