By Premier-News (self meida writer) | 1 days 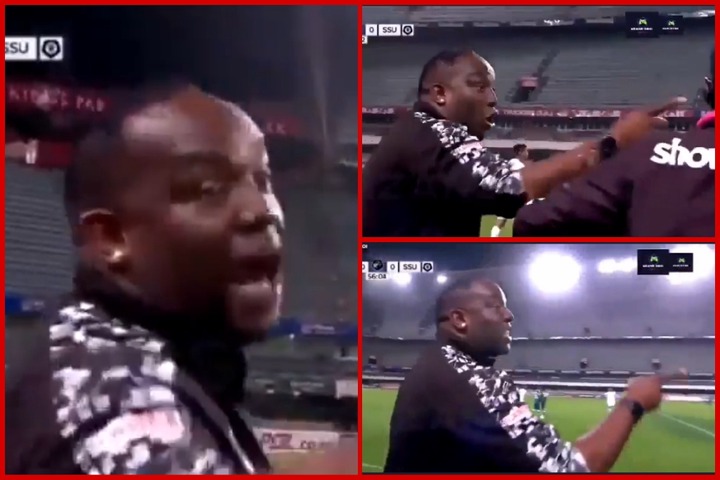 Yesterday Benni McCarthy's Amazulu FC and Kaitano Tembo's Supersport United drew 0-0 during their DStv Premier League match, but don't let the 0-0 scoreline deceive you into thinking that the match was boring, as the match was a very dramatic and entertaining content that even resulted with both teams finishing the match with 10 men after Malepe and Fleurs received red cards. 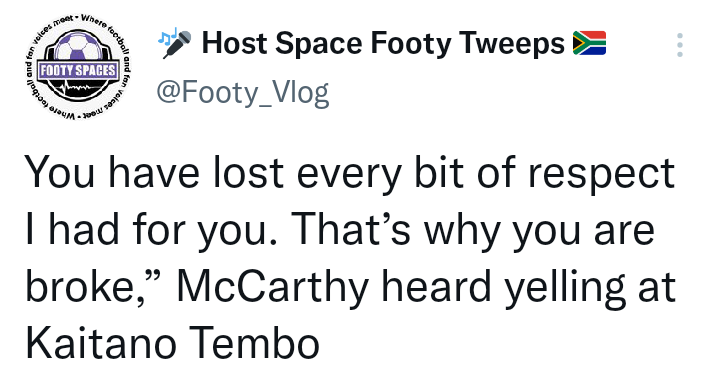 There was even more drama off the field of play as Amazulu FC head coach Benni McCarthy was heard verbally attacking SuperSport United head coach Kaitano Tembo by calling him 'broke' and also insulting his career, South African football fans are currently responding to what happened during the match yesterday...

"What did Kaitano Tembo say to Benni McCarthy that led to him saying "...you're broke".

"I'm a fan of Benni but his behaviour is boring now days. No need to tell Coach Tembo that he is broke. We don't gain anything from that."

"That's PSL Coach of the season."

"Its Benni's weakness,he gets emotional and loses focus on his game.he needs to work on that.

Thats why Mourinho always won against Wenger,Mou would taunt wenger and wenger will respond and lose focus"

"Eish. Kaitano's mind games got to him. 😅

Soccer is a competitive game."