It will be a tough game on weekend, who is going to earn all three point?

Goal takes a look at the two Gauteng heavyweights' last five league matches ahead of their PSL meeting at Orlando Stadium on Saturday afternoon. When the Sundowns and Pirates clashed at Orlando Stadium in April 2019, they both had something to prove, with only three points separating them in the league rankings.

However, the top-of-the-table showdown lacked goals, and the two teams were forced to share the spoils in a game that saw goalkeeper Onyango make a fantastic stop to deny Pirates' Augustine Mulenga a late winning goal.

When Pirates hosted a tough Sundowns side at Orlando Stadium in January 2020, they were helping to keep up with the PSL title contenders.

Frank Mhango, who scored a hat-trick in Pirates' 4-1 win against Polokwane City, resumed his scoring run with a solitary goal in a 1-0 victory over Sundowns.

When Sundowns hosted Pirates at Dobsonville Stadium in August 2020, they were desperate to reduce the gap on league leaders Kaizer Chiefs. 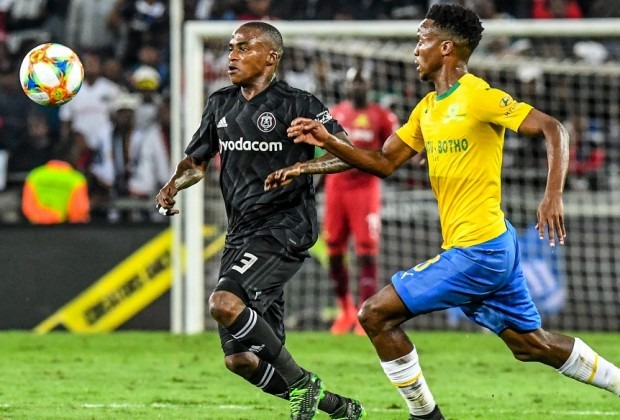 During the game, goalkeeper Wayne Sandilands made multiple saves to keep Masandawana at bay, and his heroics ensured that the game ended in a tie despite the hosts' dominance.

When the two local titans met at Loftus Versfeld Stadium in January 2021, Pirates were determined to reduce the gap on league leaders Sundowns.

However, Brian Onyango scored the only goal of a tense match to give Sundowns a 1-0 victory, leaving Pirates to rue their squandered opportunities.

When the Sundowns faced the Pirates at Orlando Stadium, their goal was clear: win and ascend to the top of the league standings.

That's exactly what they accomplished, as they dominated the game from start to finish, with Tshwane giants Ricardo Nascimento, Peter Shalulile, and Lyle Lakay all scoring.

Sundowns will have a psychological advantage over Pirates this weekend after thrashing the Soweto giants just four months ago.

Masandawana has also won two of their last five league matches versus Pirates, while the other two games have resulted in a tie.