GOOD NEWS : Fans Will Be Allowed To Enter In Stadium After 19 Months Ban.

By Life_News (self media writer) | 9 days ago 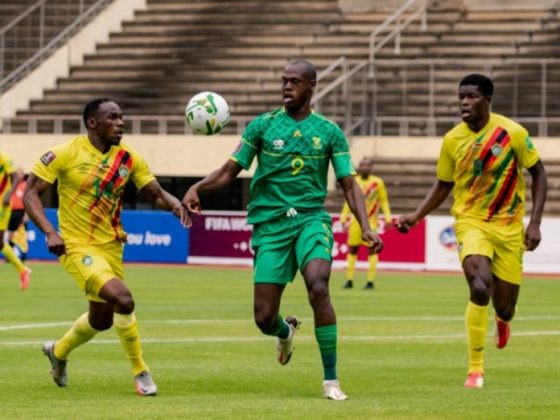 Sports are fun especially when there are fans. All athletes agree that there is no such thing as a thrilling experience on the pitch.

Fans will be allowed to enter the FNB stadium for the first time to watch the Bafana Bafana match against Ethiopia, after 19 months of ban.

After playing two games in Group G qualifying for the 2022 World Cup, South Africa are top of the log with four points.

It looks like Bafana Bafana will be able to qualify for the World Cup for the first time since their last 19 years.

The two matches they will face against the Ethiopian team must be won in order to travel to Qatar in 2022.

South Africa has played Ethiopia three times and is expected to beat them.

It is unfortunate that Bafana Bafana coach Hugo Bross and his team are looking to improve as six points from two games will make Bafana Bafana a favorite and qualify for next year's trophy.

This weekend will be Bafana Bafana's first trip to Ethiopia, at 3pm on Saturday as Bafana Bafana will play Ethiopia, and the second time Ethiopia will travel to South Africa to play the national team at the FNB stadium which is expected to allow 2,000 fans.

The second game is expected to be played on Tuesday 12 October at 6pm.

The two games will be broadcast live on DSTv channel 202

Formula One Grand Prix: There are two races left as there are two points separating Lewis Hamilton and Max Verstappen that they must prepare for if they want to win the Formula One driver's title for the 2021 season, as well as the Turkish Grand Prix. The duo are still top of the season with two months left, and fans are always watching the race to see who is the best and look at the next game.

Both drivers face a dilemma, as Verstappen aims to win the first Formula One Championship to end Mercedes' reign. On the other hand, Lewis wants to be the best driver in the world. He currently has seven titles, equal to the famous Michael Schumacher.

The Turkish Grand Prix race is expected to start at 2pm on Sunday as the race for the title is at an all-time high. Fans can watch the race live on DSTv channel 215.

The second UEFA Nations League final is set to kick off on Sunday as Spain and France take on each other in a bid to see the winner of the newly-established tournament.

The determined Spanish team defeated the Euro 2020 champions Italy on Wednesday night, finishing their games unbeaten in 37 games and much to the surprise of the Spanish team with the youngest players.

The French team scored in the last minute and defeated the Belgian champions to make it to the semi-finals in a dramatic way.

The final match is expected to be played on Sunday 10 October at 8.45pm. The game will be broadcast live on DSTV channel 203.