PSL Officials Oppose A Coach Who Complains About Unprofessional

By SportsLife247 (self media writer) | 1 month ago

THE management of Marumo Gallants has dismissed the complaints of coach Sebastian Migne, who has been suffering from malnutrition and poor working conditions since joining the club.

A few hours later, the newspaper spoke to Rufus Matsena, the party's communications officer, and it emerged that Migne's deputy, Jean-Francis Lusciuto, had resigned due to unsatisfactory working conditions.

The Gallants advanced to the first round of the Caf Confederation Cup after defeating the Future Kings of Equitorial Guinea last weekend. It will face AS Vita of the Democratic Republic of Congo (DRC) in the group stage. 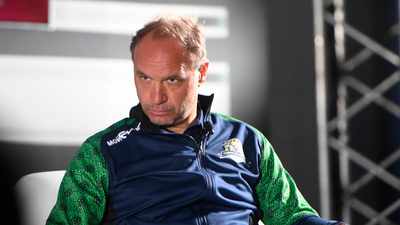 This should have pleased the coach but instead he broke down with the way he was treated at the Gallants he joined last month.

"If you want to grow as a team you need goals and listen to the coaching staff. If you don't do that you don't have to have someone like me here. It's important. We need to consult privately. But from the beginning, it's hard to coach a team If they don't do that, it won't work, "said Migne, from France.

Matsene said Migne had never told them anything about dissatisfaction with working conditions in the team.

"If he had a problem he should have gone to the office and presented his case. What he is saying is not true. Whether he resigns or not, it is up to him. All we know is that he is currently a Gallants employee," said Matsena.

Another thing that could upset Migne, is the lack of players in the Confederation Cup game on the move. They almost started the game without a goalkeeper because some players were not registered for the tournament.

"I'm talking about resources and order. I've been the coach of the Equatorial Guinea national team, I know it's hard to organize things there. I know it's going to be the same in Congo (DRC). I've worked there for two years.

“Can you ask the management what the problem is? We played well and showed a high level playing against the Orlando Pirates. To give just one example, I asked them to gather information about the Pirates but no one listened to me. I don’t want to talk too much but I want to coach this team because I think the players will do what I want. We can gain a lot this season. The only problem is, if you don't pay attention to the coaching staff, that won't happen. It will be a cold season, "said Migne.

Content created and supplied by: SportsLife247 (via Opera News )