By KeepUpdated (self meida writer) | 1 months

SOCCER- Sihlangu Semnikati have been dealt a huge blow ahead of the 2021 AFCON Qualifiers matches against Guinea Bissau and Senegal. The nation’s pride will be without the services of speedy and industrious Young Buffaloes winger Fanelo ‘Order’ Mamba. A source close to the matter revealed that the player was released from the camp at the EFA Technical Centre in Lobamba on medical grounds. “Order’ won’t be part of the two matches after he was released from camp. He is unlikely to be part of any of the qualifier matches as the squad is likely to leave for Senegal a day after the home match against Guinea Bissau,” the source said. Updates Eswatini Football Association (EFA) Marketing and Communications Officer Muzi Radebe said he was yet to get updates from the camp when reached for comment yesterday. “I haven’t received any updates from the camp at the moment. We are likely to get details from them sometime next week, possibly during the media day,” he said. 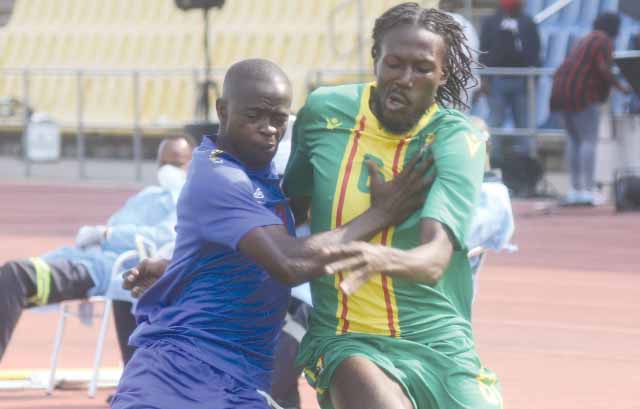 Mamba is one of the seasoned performers in the nation’s pride having taken part in the 2020 CHAN qualifiers. The former Moneni Pirates player was part of the 24-member tentative squad announced by the head coach Dominic Kunene two weeks ago. He was recently part of the Buffaloes campaign in the CAF Champions League and Confederation Cup. The nation’s pride will be looking at finishing strongly in the qualifiers as they are currently rotted at the bottom of Group I with a single point in four matches. They will first host Guinea Bissau next Friday at Mavuso Sports Centre before wrapping up the qualifiers with an away trip to Senegal on March 30th.

Final Day Fixtures Have Been Confirmed By The PSL

Mamelodi Sundowns Target Revealed Something about the National Team. See this

Shaun Olive's Family Releases A Painful Statement After His Passing