PSL punishes Royal AM for their splashing cash festival

By MankoeMME7 (self media writer) | 10 days ago

In the last five months, the Shauwn Mkhize owned club Royal Andile Mpisane Football Club has been one of the most talked-about football clubs in the South African football fraternity. From the business tycoon awarding her players silverware and medals while the PSL has not decided who the winners of the GladAfrica Championship are, controversially buying Bloemfontein Celtic Football Club status in the top flight of South African football, not paying players their salaries in time, not providing adequate shelters for their players, their bodyguards bringing guns to the stadium, mocking other teams by hosting a dance-off after the final whistle, and to splashing hard cold cash to their players on national television after they won a match. 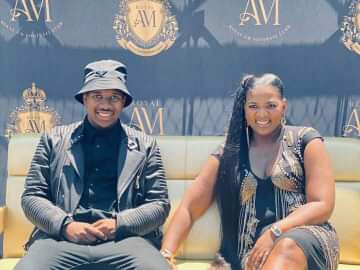 Having had their fair share of running-ins with the PSL hierarchy, the club finds itself in another trouble with the Premier Soccer League.

After their impressive 2 - 1 derby victory over Maritzburg United on Sunday the 3rd of October 2021, in which they scored the winner in the last minutes of the match through Tshepo Rikhotso after a strike from red hot striker Victor Letsoalo was cancelled by Zukile Kewuti wonder strike. The victory sees Royal AM move to third on the DSTV Championship log with 12 points, after four consecutive victories.

But the match will be remembered for the splashing cash festival, which was hosted by the chairman of the club Andile Mpisane and his mother Shauwn Mkhize who happens to be the owner of the club. The bubbly was seen on live television carrying an envelope carrying a staggering sum of money, which they publicly gave to the players as a way to thank them for winning the clash. 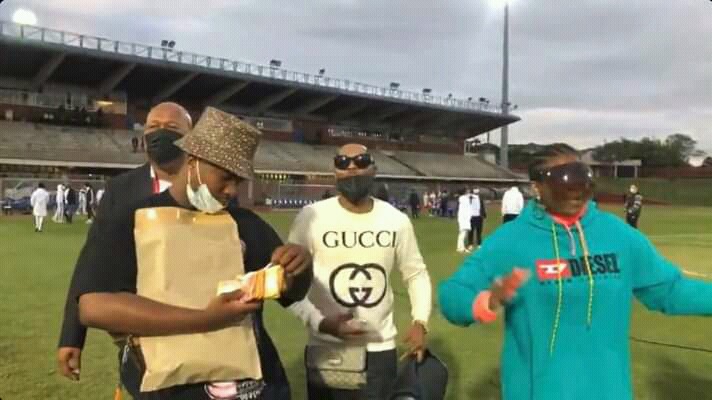 The duo received a lot of criticism from people in the game and some of their players were not impressed as well, and it looks like their antics have landed them in hot water. 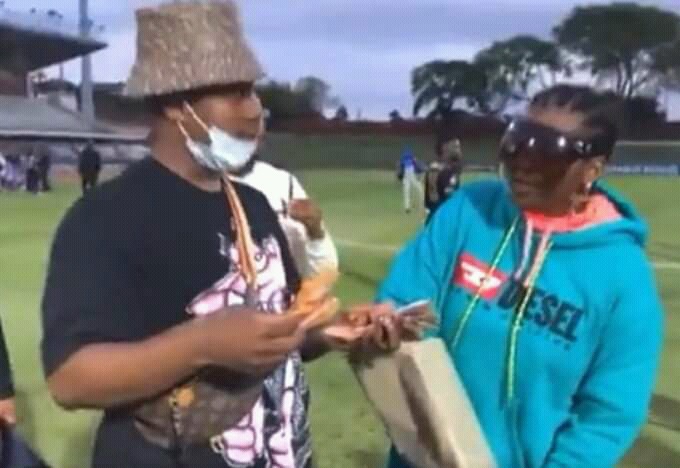 PSL prosecutor Nande Becker has confirmed that the club and several of its officials have been charged, and the details of this will be given in the next coming days.

MAN U - LEI: Checkout Key Man Utd Player Who May Not Feature Against Leicester City Due To Injury

Opinion: there is nothing really special about being side chick

Good News For All Capitec users.

Stop Breaking Your Own Heart, The Truth is Loving Someone Shouldn't be so Hard.