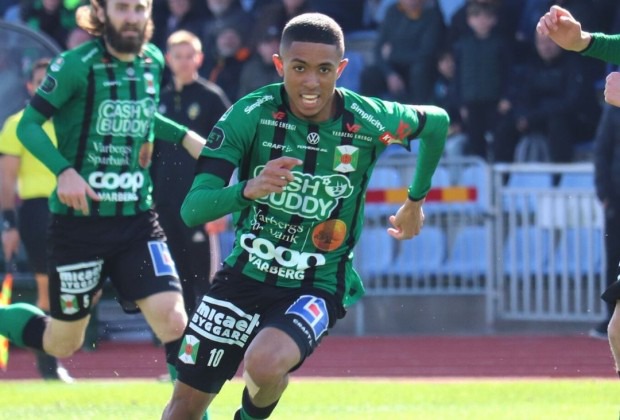 A South African midfielder has been released by Varberg Bois a Swedish top-flight team just four months before the end of his contract. In December Tashreeq Matthews was scheduled to become a free agent after spending more than 2.5 years with the Swedish team.

On Tuesday night the club did however acknowledge that the two parties had decided to part ways.

Tashreeq Matthews and Varberg's BoIS go their separate ways. We appreciate Tashreeq Matthews for providing us with 2.5 years of amusement and yesterday we broke our arrangement with Tassie. Following an injury-filled spring season Tassie is looking for a new challenge this fall, according to manager Jocke Persson.

Varbergs BoIS wishes Tashreeq the best of luck the club wrote in a social media post. After contributing to another five goals for Varbergs in 27 league games Matthews was selected as the 2021 Breakout Player of the Season.

This season the 21-year-old made 10 Allsvenskan appearances.

According to reports from Europe, the attacker might be on his way to Swedish top-flight team IK Sirius.

Check Out The Largest Hydroelectric Dam In The World (Photos).