Watch: 13-year-old Harvey Elliott scores great goal from his own half

By #d-trends (self media writer) | 8 months ago 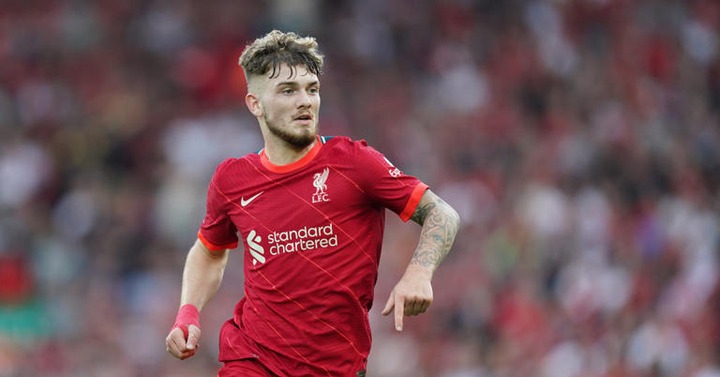 An old video that has emerged on social media shows a 13-year-old Elliott launching an ambitious attempt right from the start. His shot soared clean over the opposition's goalie, who flailed hopelessly as the ball rocketed into the net.

Elliott made his first-team debut for Fulham in September 2018 and appeared in two more games before joining Liverpool in 2019.

Last season, he enjoyed a successful loan spell at Blackburn Rovers in the Championship, where he scored seven goals and provided 11 assists.

At the start of this season, the 18-year-old began to establish himself in the Liverpool first squad and put in some good performances.

However, following a devastating injury against Leeds, he underwent surgery and it is unlikely that he will be fully recovered before the conclusion of the season.

Jurgen Klopp was thrilled to see the young winger back on the field after he recently returned to some form of on-pitch training.

"Harvey Elliott is a man who is shown amazing personal strength at this time," Klopp remarked in November 2021.

"It warmed my heart with excitement to watch him jogging on the fields; he is still in the early stages of his recuperation, and it is critical to keep expectations about his comeback realistic."

"He is still a long way from being ready to fully participate in team training, let alone play in a game."