City with a narrow win and a dash of controversy of VAR puts them ahead in the title race.

By Zaddy (self media writer) | 4 months ago 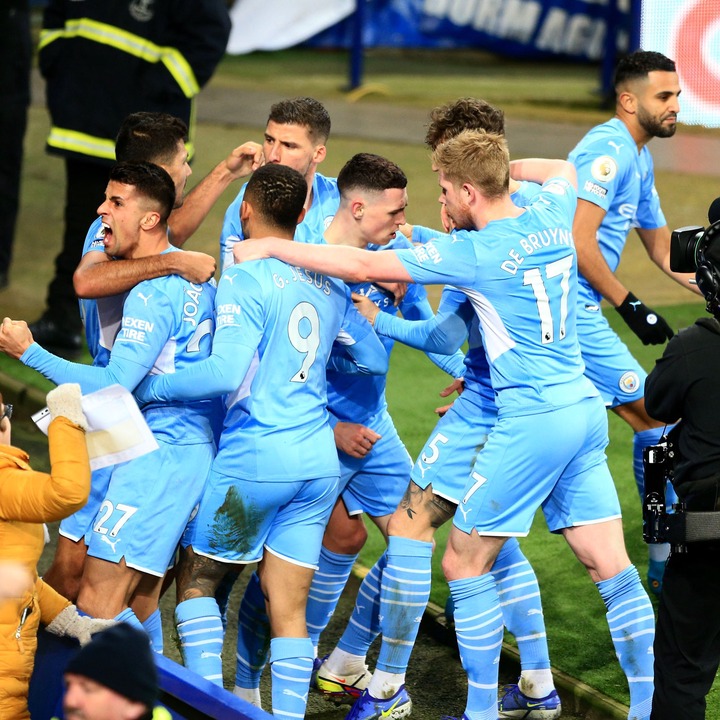 Thanks to Phil Foden’s 81st minute goal, city were able to get back to winning ways and lead Liverpool with 6 points in the title race.

For City it was a must win, but for Everton a point would have been important because it was going to be crucial point in future they don’t find themselves relegated. In the 1st half City looked like a team who were scared of going for the game, since Everton were set in a low-block and also City’s midfield didn’t look balanced, Bernardo found himself playing as a false 9 and ended up having to play as a right winger.

They dominated possession but it was a frustrating perfomance from the Champions in the 1st half. In the 2nd half Guardiola didn’t change any tactics, it looked like a game city wouldn’t be able to win since Everton defensively were good and also the Goodison park crowd was enjoying their defensive perfomance. In the 75th minute. Pep changed his tactics and brought on Riyad Mahrez and Gabriel Jesus, that saw Bernardo move back to the midfield.

In the 81st minute Bernardo’s pass caused Everton’s defenders trouble and Phil Foden pounced on the mistake to score and gift City the 3 points they needed. The most talked about part of the game was when Rodri had a handball incident in the penalty box, in the 85th minute. Everton demanded a penalty it was checked by VAR and it wasn’t given as a penalty.

The penalty wasn’t awarded because Richarlison was offside during the play before the handball. The premier league are saying no penalty was awarded because there was inconclusive evidence that the ball hit Rodri in the 'red zone', which is the area below the shirt line/armpit. Offside apparently not a factor.

The win puts City 6 points ahead in the title race, their next league game is a Manchester Derby at the Etihad.