Injured Pirates star thankful to be back in training

By BlitzNewsZA (self media writer) | 10 days ago

There is no club in the top-flight football of South Africa that has more injured players like Orlando Pirates Football Club at the moment, since the beginning of the season, the club has seen 20 plus of their players miss action due to injuries. Something that has seen the club have an inconsistent start to the 2021/2022 season, the Buccaneers currently sit seventh on the Dstv Premiership log with 14 points after 10 games.

During this run, the club has only managed to win three, draw five, and lose two games, while scoring 11 goals and conceding 10 in the process. During this past FIFA international break, the club has seen some of their injured players return to training and are hopeful that they might return to action before the year ends.

Among those players that have returned to training, is former Bloemfontein Celtic Football Club utility player Wayde Jooste. He returns after recovering from a right calf injury that he suffered at the beginning of the season, and he will likely feature for the club in their next match after he was spotted in training yesterday.

The 30-year-old took to his Instagram account @thereal_waydejooste to show his gratitude to God for helping him to return to action, his message read "Not once does the Bible say " worry about it", "stress over it" or "figure it out". But over and over it clearly says, " TRUST GOD".". 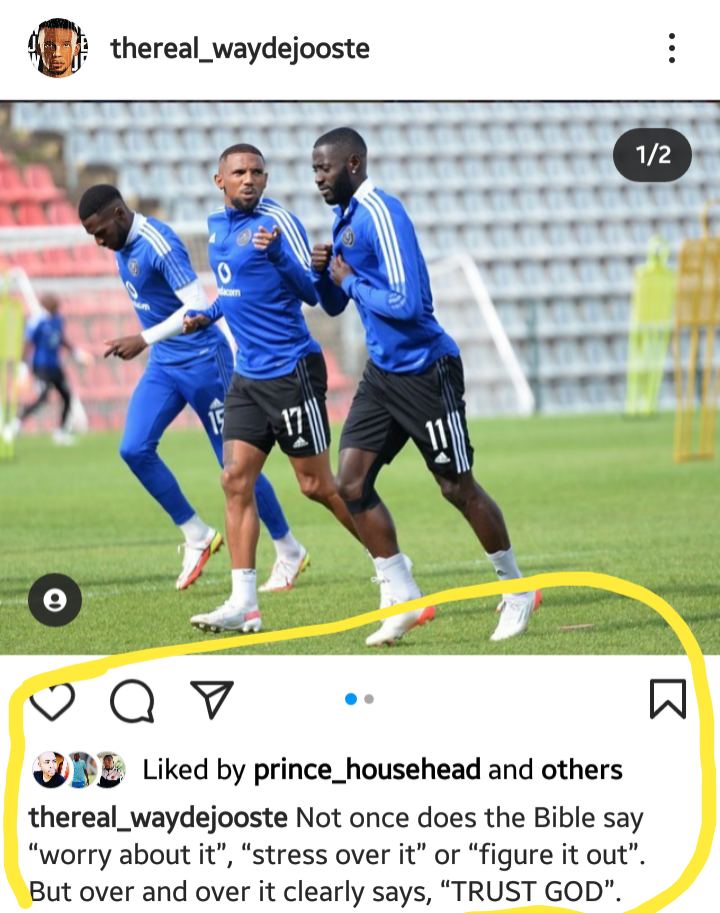 His lord has paved his way back for him, but he didn't just sit around and say "God will make a way" no, he worked hard for his way and God just helped him to see it through.

What I took from his message and what I would advise people to take also, is that God helps those who help themselves.