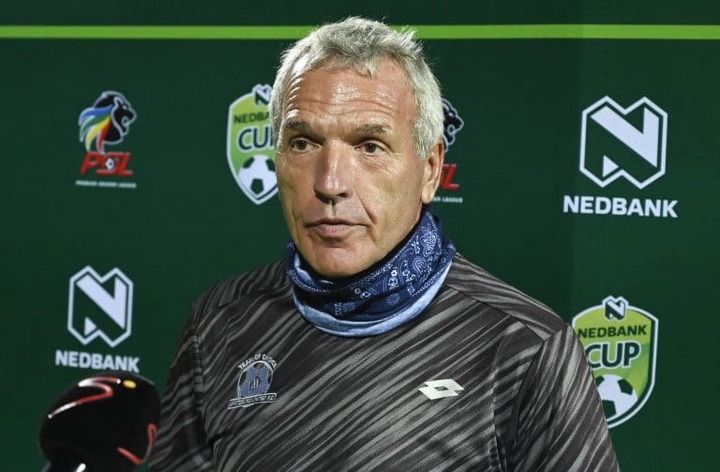 Maritzburg United mentor Ernst Middendorp said that while his group their new signings actually need to gel, he was not content with the way by they way they surrendered as they were taken out of the Nedbank Cup by SuperSport United.

Iqraam Rayners scored a late objective, as SuperSport hit them on the counter assault to click a 1-0 win in their round of 32 game on Wednesday.

Middendorp began four new signings, and said they should be patient as they gather another group, however even with that it was disheartening to lose in the way that they did.

"Ja, it's a common match, when you haven't played for quite a while, our keep going game, cutthroat, was on the 22nd of December," Middendorp told Maritzburg's media office.

"Ja, responsibility, OK. However, we can see it's not around that, it's not in a way the way in which we are participating, or we hope to collaborate, it's not actually the way as we need to see it.

"However, great on the opposite side, as I said with this adjustments existing apart from everything else, we must be somewhat understanding. Yet, regardless of, it's a touch of superfluous how we surrender toward the finish of the game, in our positive headway, there's no compelling reason to lose a ball in this stage, oversaw it in no way, shape or form satisfactory.

"Also that is a failure, that you're losing with such individual blunder, and we are discussing over and over.

"We gave them the potential outcomes when we really do in this positive progress, we losing effectively the balls, welcoming a rival to the counter and afterward blast.

"We need to show greater obligation."