By South_African_Headlines_News (self media writer) | 10 months ago

The 1-0 win at FNB Stadium on Thursday night strengthened Bafana Bafana's chances of qualifying for the 2022 FIFA World Cup in Qatar. Bafana Bafana has won four and drawn one of its five qualifying matches under coach Hugo Broos, putting them in first place in Group G with 13 points. 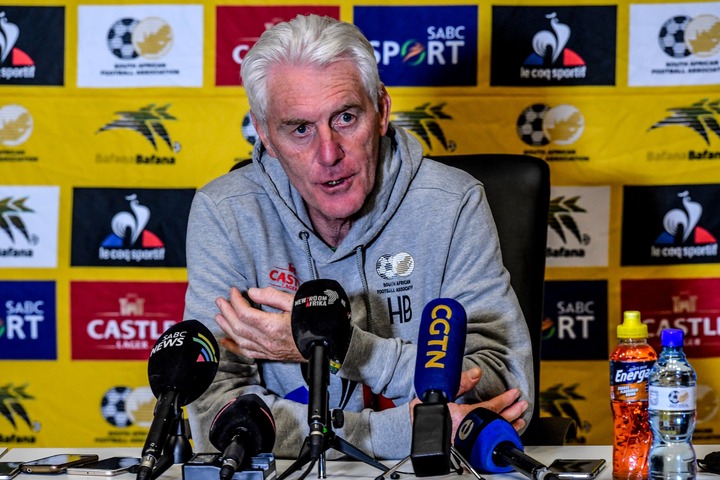 On Sunday, Bafana faced Ghana in their final group match at Cape Coast Stadium. After a 1-1 draw against Ethiopia at Orlando Stadium on Thursday, Ghana sits in second place in the group with ten points.

After taking over a squad that had even failed to qualify for the AFCON finals, Broos has steered Bafana to within one match of making the 2022 Qatar FIFA World Cup play-off round. 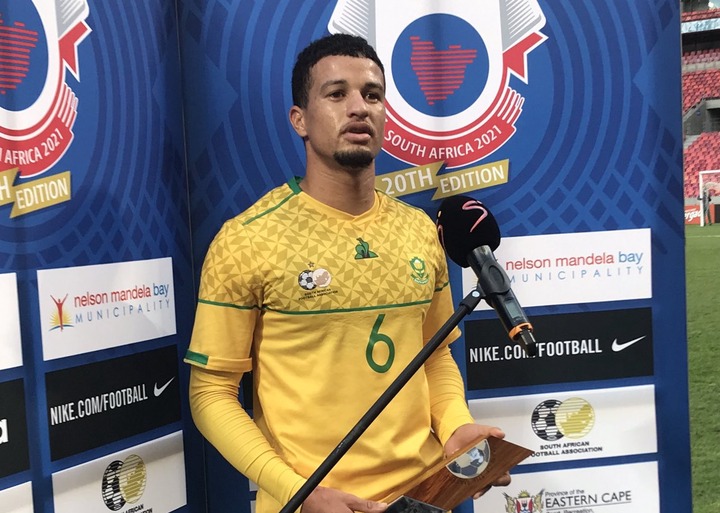 Under Molefi Ntseki, Bafana Bafana was in crisis and low on confidence when Broos took over. He immediately freshened up the squad, relying on youth.

Broos has won four and drew one game in Group G of the World Cup qualifiers so far, and he needs to avoid defeat in Cape Coast to secure a place in the Play-Off round.

Broos also stated that while missing the playoffs would be disappointing, it would not be catastrophic.

"I heard what Danny Jordaan said about this project, so you should be grateful for where the coach has taken you so far," Zimbabwe coach Norman Mapeza said after the match at FNB Stadium on Thursday. 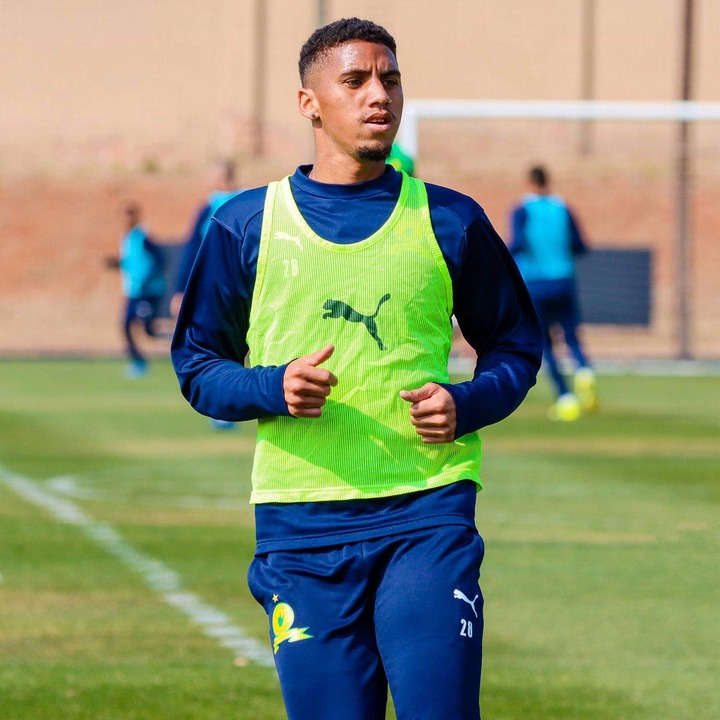 Zimbabwe's Warriors have had a terrible season and are currently bottom of the group with no wins.

The Warriors were open about the task that awaits Broos' team in Cape Coast on Sunday, having faced Ghana in back-to-back matches before meeting Bafana.

Bafana Bafana flew to Ghana this morning and will fly to Accra before heading to Cape Coast for the decider on Sunday evening.

It will be difficult to get to Cape Coast. You should be psychologically prepared, and I hope you can locate a training pitch there. On the Cape Coast, the day is not going to be simple. "I hope you find a better place to train since this one is bad," Mapeza says.

Here are some of the comments from people on Facebook 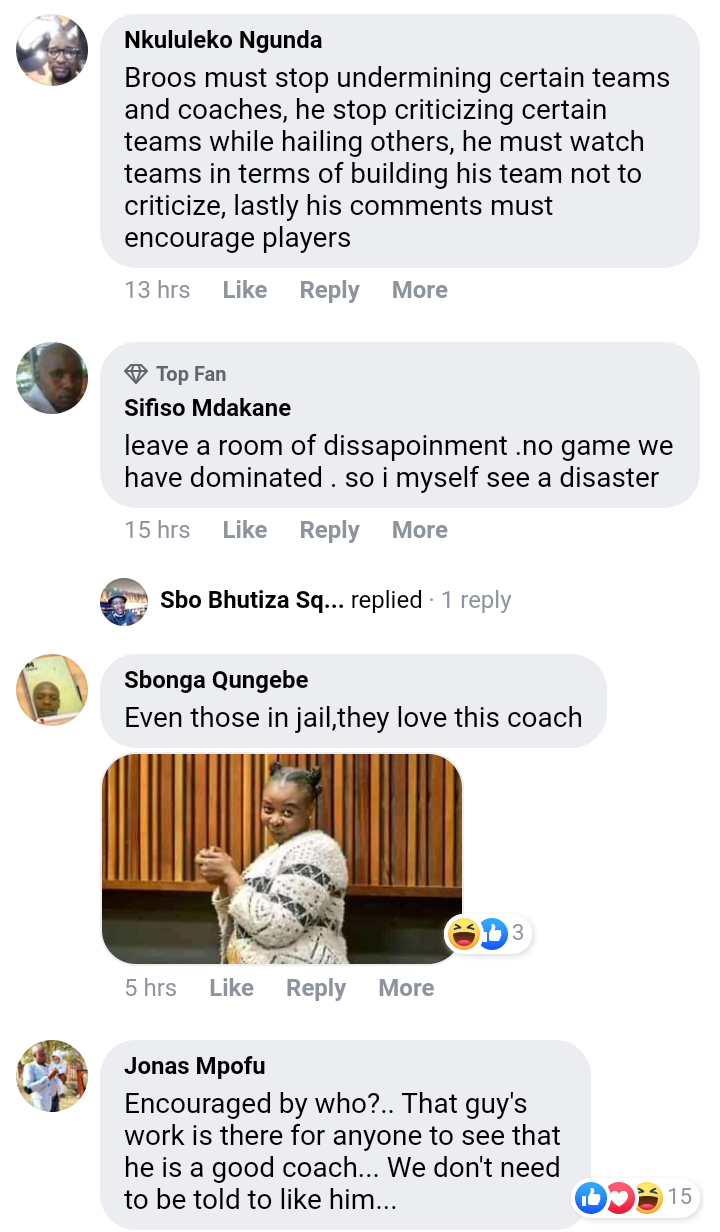 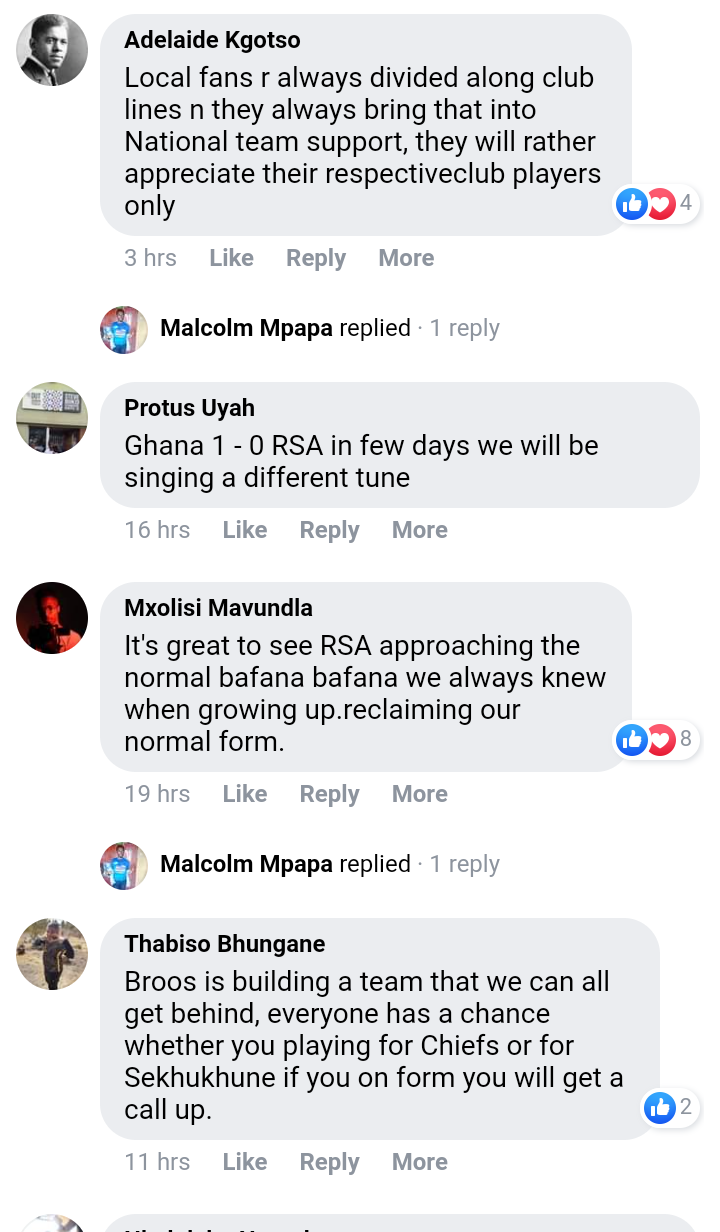 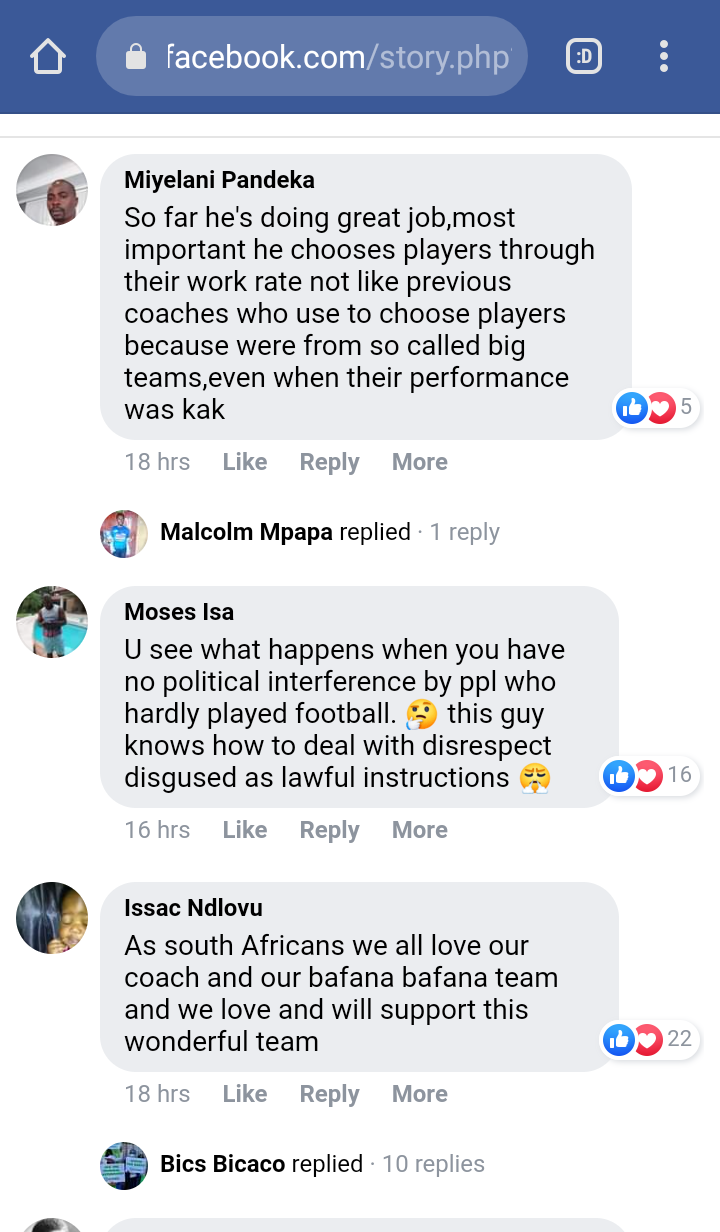 What have your thoughts been on Coach Broos' management style since he joined Bafana Bafana? Is he likely to be able to lead the team to Qatar?