Following Sithebe's speculations making the headlines weekly, Kaizer Chiefs are now believed to have made a deal in signing the highly-rated AmaZulu midfielder. Benni McCarthy was not pleased to learn that Kaizer Chiefs are interested in one of his key players and knew he may eventually lose out to the Soweto giants.

However, Siyethemba Sithebe has only just signed a pre-contract with Kaizer Chiefs, and this of course means he will only join his new teammates at the end of the season. For now he will remain in Durban as an AmaZulu FC player. 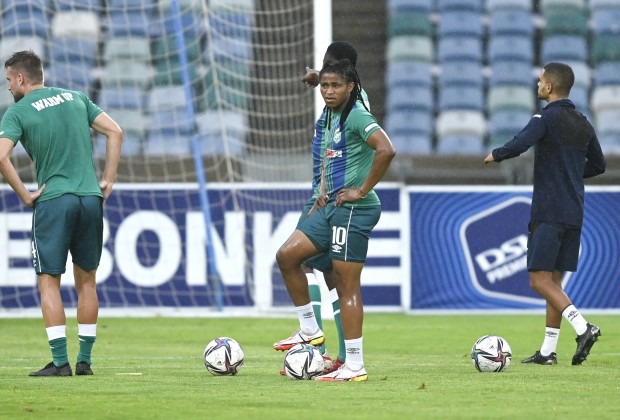 With Sithebe signing a long-term deal with Chiefs, it now remains in AmaZulu's preference to use the midfielder's services for the second half of the season or let him sit out the remaining months of his contract.

AmaZulu were unable to convince their midfield star to consider extending his stay a Usuthu with a new deal and will now see one of their stars joining a bigger club on a free transfer.

Kaizer Chiefs will get Siyethemba Sithebe for free at the end of the season as the two parties have agreed on a 3-year deal at Naturena. The chairman of the club Sandile Zungu has admitted to not being a fan of this move as he would rather see Sithebe remaining with his club.

Before negotiating with Kaizer Chiefs, Siyethemba Sithebe is believed to have given AmaZulu FC the opportunity to offer him a reasonable contract to stay at the club. But AmaZulu's offer wasn’t enough to meet all Sithebe’s demands and decided that he will part ways with the club and head on to Soweto.

According to multiple reports, Sithebe wasn't considering a move to Soweto just yet and if AmaZulu gave him a good deal he was willing to turn down Kaizer Chiefs. Now Usuthu will have to start preparing for life without one of their best playmakers.