Wolverhampton Wanderers lost more than £4 million in Premier League prize money as a result of their final-day defeat to Liverpool. On Merseyside, Bruno Lage's team put up a fight and seized the lead thanks to Pedro Neto's third-minute goal. Sadio Mane equalized just before halftime, and Mohamed Salah and Andy Robertson scored late to give Liverpool the win.

Wolves began the day in eighth place, but after Leicester City's 4-1 thumping of Southampton and Brighton's comeback win against West Ham, the team fell to tenth place. Wolves were in contention for a Champions League place in February, but a dreadful sequence of nine defeats in their final 14 games cost them dearly. 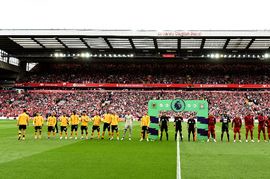 It has also cost Wolves' owners Fosun money, with the club poised to receive £24.2 million in prize money for finishing 10th, compared to £28.6 million if they had finished eighth. Tottenham Hotspur will earn £37.4 million for winning the final Champions League spot, which Wolves wanted for much of the season.

After his latest injury scare in Wolverhampton Wanderers' final-day defeat to Liverpool, Pedro Neto claims 'everything is good.'

Before going down with a leg injury in the 20th minute, the Portuguese winger opened the scoring at Anfield with his first goal of the season. Neto had to be replaced by Hwang Hee-chan, and Wolves' spark was gone moving forward. 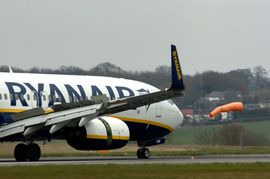 Liverpool won 3-1 thanks to goals from Sadio Mane, Mohamed Salah, and Andy Robertson. Manchester City came back from a two-goal deficit to upset Aston Villa and win the Premier League title.

Neto seemed OK as he walked out of the stadium, and the 22-year-old has since stated that his injury isn't serious. Neto promised to offer everything next season to 'achieve fantastic things' in a greeting to Wolves fans.

He said: "First and foremost, let me state that everything is fine. What a relief after such a long period. Now is the time to relax and prepare for the upcoming season with all you need to achieve incredible things with this club and these incredible fans." 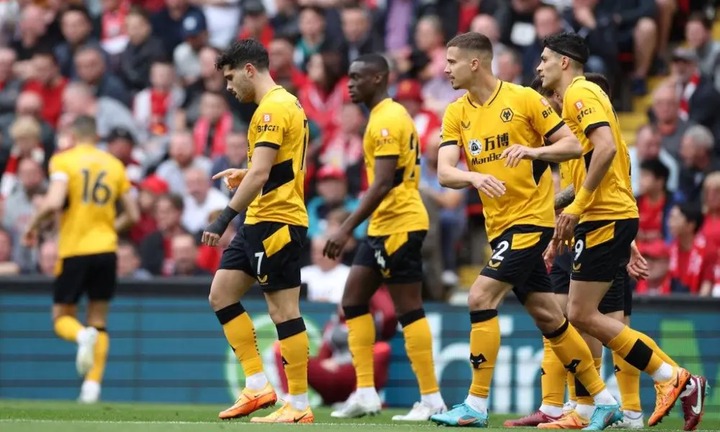 Bruno Lage believes that the only way to improve Wolverhampton Wanderers' goal-scoring problems is to practice hard in the gym.

Wolves' failure to capitalize on opportunities cost them against Liverpool at Anfield. Pedro Neto put Wolves ahead in the third minute, but Leander Dendoncker squandered a great chance to double the lead.

At the end of the first half, substitute Hwang Hee-chan also wasted a good chance. When the score was 1-1 in the second half, Wolves squandered more opportunities to punish Liverpool on the counter-attack.

"I cooked for the family." A lady posted but people couldn't stop but notice this instead.

PSL Boss Says I do Again