Soccer players are not guaranteed that they will play every game and finish every game they start, but some feel they are too special to be substituted to an extent that when it happens, they harly hide their emotions, everyone can see from their facial expression that this player is not happy, some kick things when they go off, they even refuse to shake hands with their coach, in some cases, they go straight to the dressing room instead of joining team mates on the bench, the world's most spoken about player Cristiano Ronaldo was fuming on Wednesday night after he was replaced on the 70th minute. 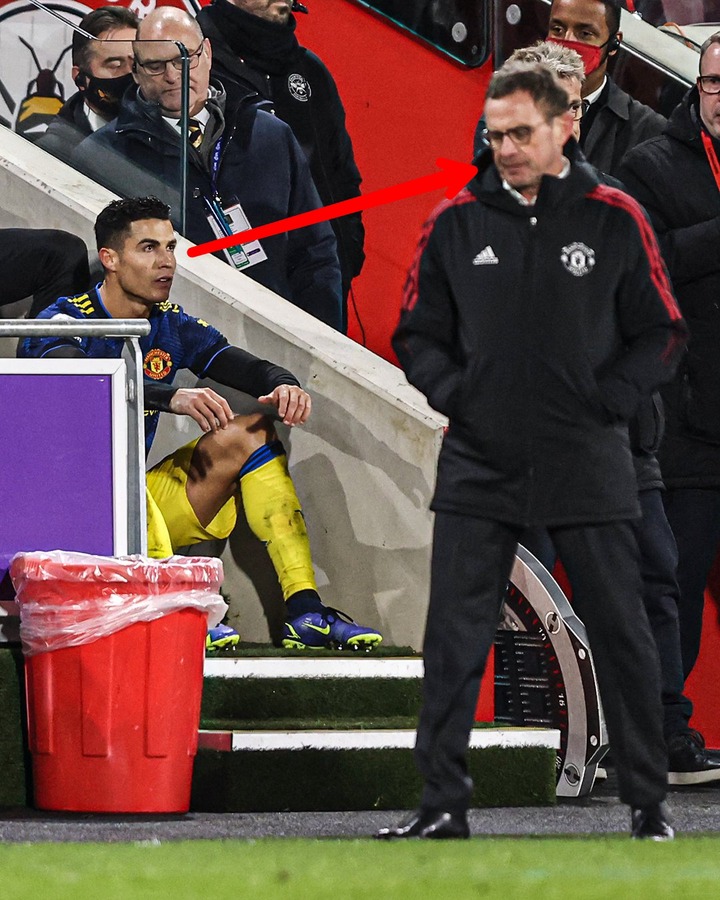 The Portuguese nation team captain his body language was very clear that he did not take being subbed well, he reacted and threw his jacket away in frustration, he obviously felt he could still do better after he had found the back of the net in the early stages of the game give Manchester United an early lead against Brentford. 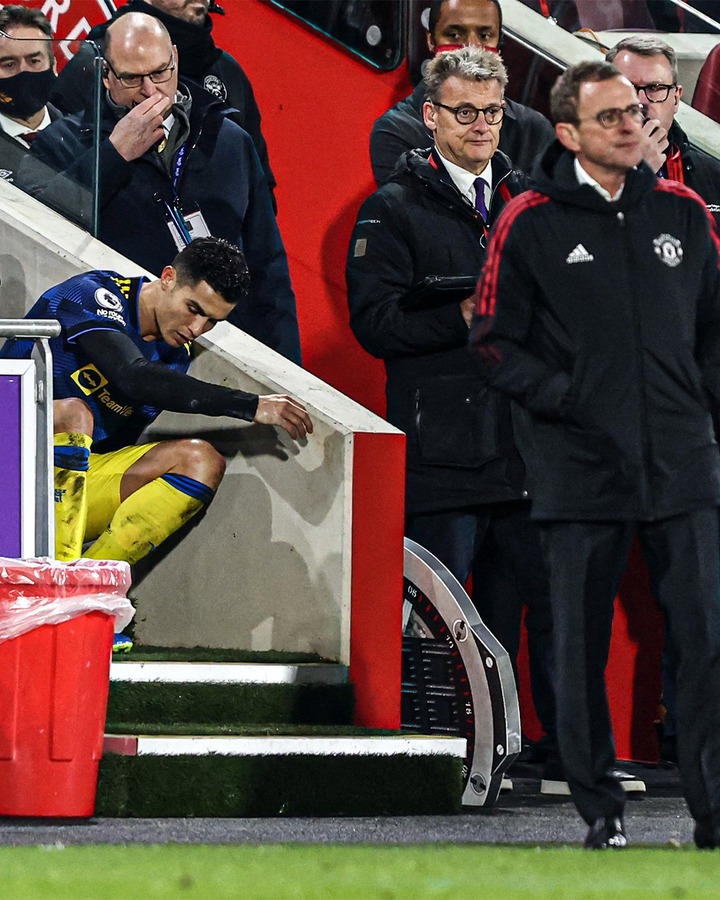 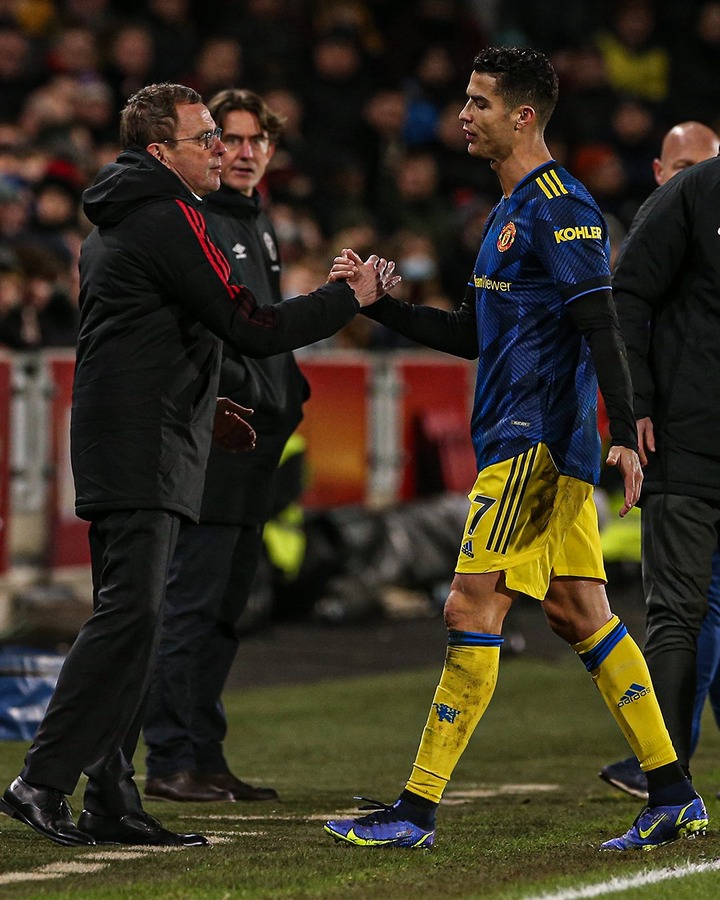 I one of the pictures he was seen looking at his coach as if he was planning to attack him, you could see vengeance on his eyes, somethingbhe should not be doing, infact no player should ever do that because any player can be subbed off. 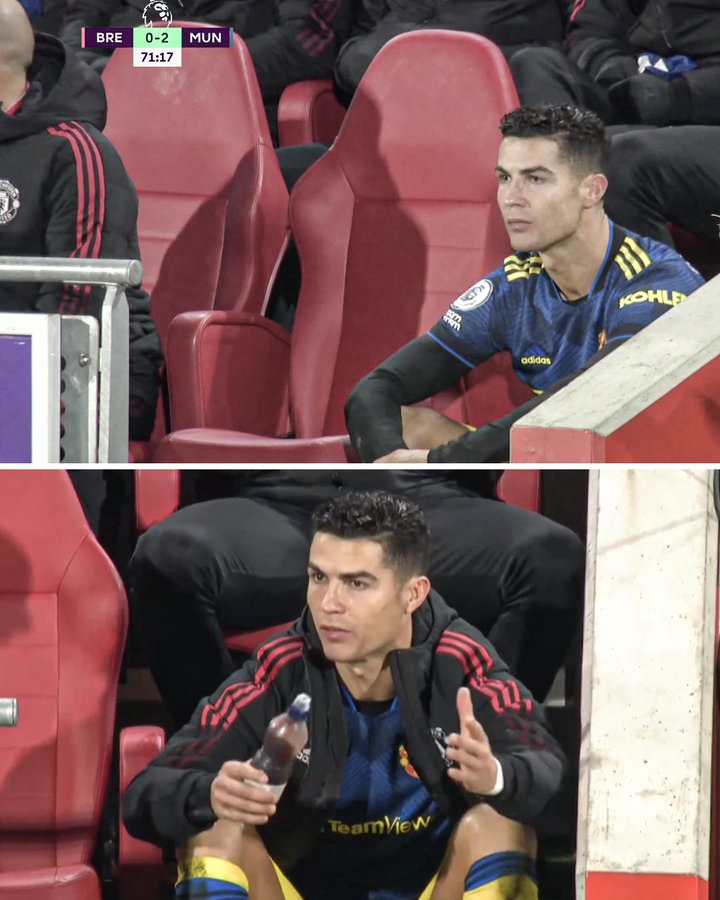 Ronaldo thinks he is bigger than the game, he is too arrogant, yes, he is a Super star, he may have scored more International goals than any other player in the World, he may have broken many record in his career, but he should remain humble and lead by example, there's a lot of young players who look up to him as their role model, he needs to make them learn good things from them.

Tau Again Included In CAFCL Team Of The Week

5 tips for virgin women before they have sex