By [email protected] (self media writer) | 23 days ago 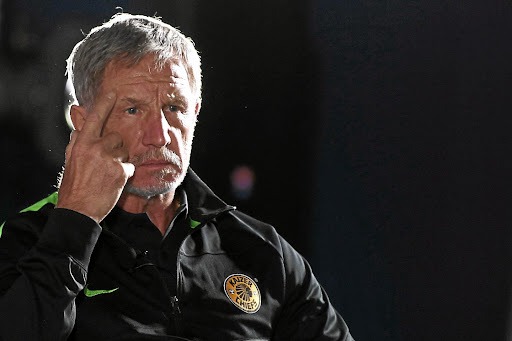 Davids, in his computerized post-match public interview, affirmed Pirates had appreciated "all out predominance" in the DStv Premiership game they lost 2-1, and said Baxter's "conciliatory sentiment" as the mentors shook hands thereafter was demonstration of that.

Baxter however, in his preparation, said Davids had taken his remarks outside any connection to the issue at hand and was inflexible he had not apologized for any of ref Victor Hlungwani's choices, including the additional time punishment granted when Bucs focus back Olisa Ndah threw an arm round the neck of Chiefs' Khama Billiat.

"Allow me to clear up what I really said to Fadlu after the game, since I went dependent upon him, and I don't care for putting people to shame with it, so I attempted to be a piece PC, and I said to him, 'These refereeing choices can go the two different ways', and so on, and so on," Baxter said.

"Exceptionally dull, I positively wasn't saying 'sorry' for anything – that isn't in my temperament to apologize for winning.

"Yet, I said that choices go for you, they don't go for you, 'yet all around done on a decent presentation'. Also, I said, 'Definitely, Fadlu, you and Mandla [Ncikazi] are working really hard'. That was our discussion.

"The punishments, look, I've not taken a gander at it, however every player I've addressed said they thought it [Bucs commander Thulani Hlatshwayo's handball] was a punishment in the principal half.

"I thought there was a red card in the main half, from the beginning. Furthermore, the punishment that we got I thought was a punishment – he [Ndah] was climbing all over Khama.

"Furthermore, I thought it was ungainly, yet that is the kind of thing that happens when you've quite recently scored an objective, the adrenaline is siphoning, and the rival group puts you under tension, and in that timeframe you're somewhat worn out and you settle on a terrible choice.

"I think it was [a penalty]. I could watch it again [on a TV replay] and figure it wasn't. You're inquiring as to whether I think it was a punishment – I think it, depended on what the players have told me."

In case there was a punishment choice in Saturday's derby Hlungwani maybe failed on, it was feeling the loss of a handball from Hlatshwayo in the primary half.

It was previous Bafana skipper Hlatshwayo whose back-pass prompted Dolly's opener for Chiefs in the 49th moment. Linda Mntambo scored a delicate equalizer for Pirates in the 87th.

Then, at that point, Ndah's surge of blood, superfluously pulling round the neck of Billiat having won the aeronautical test, prompted Dolly's 92nd-minute spot-kick victor.