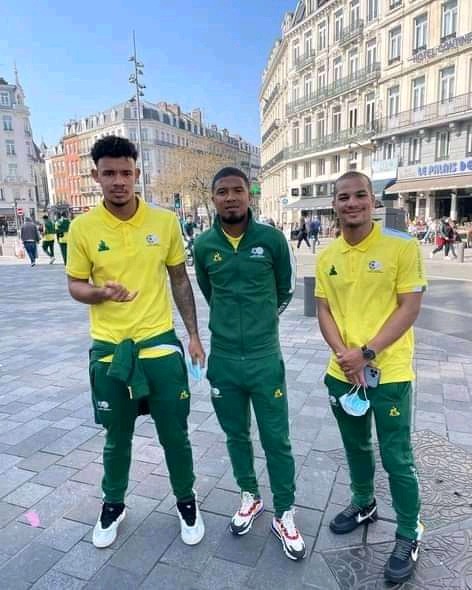 In a friendly encounter on Tuesday night, the SuperSport United skipper was the African side's finest player as the team was thrashed 5-0 by Les Bleus.

GOAL is in charge of the Bafana Bafana players' individual performances. 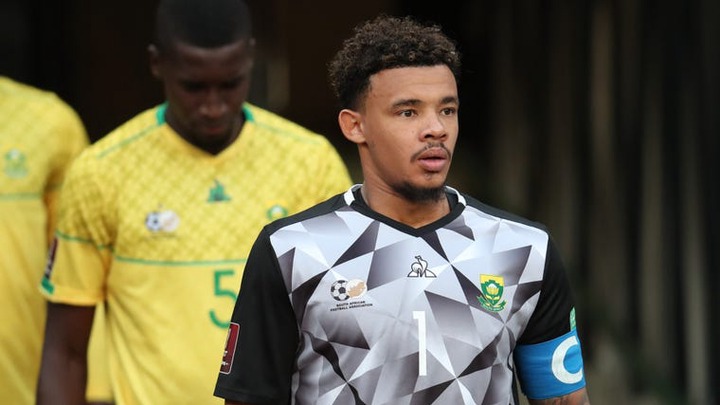 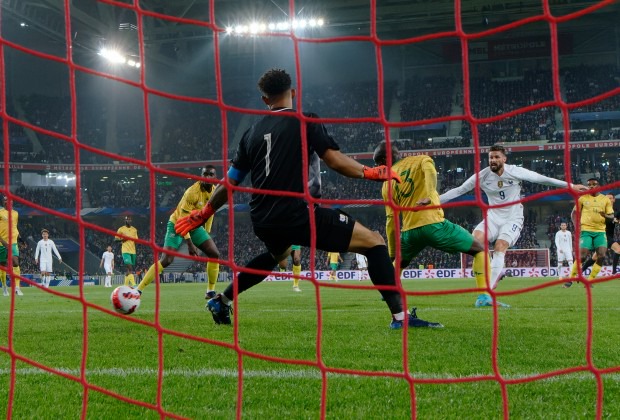 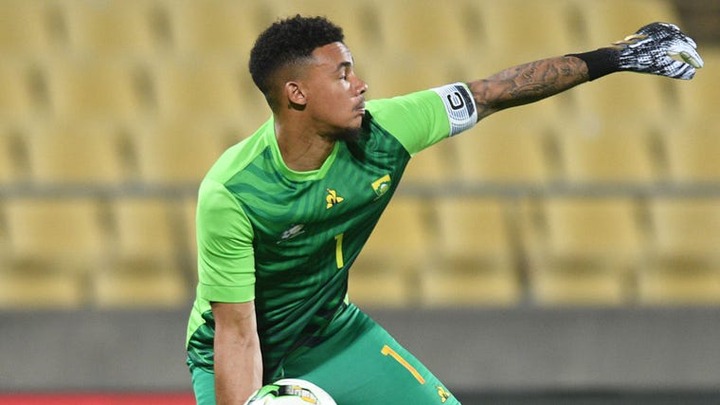 If it hadn't been for Williams, Bafana's situation could have been much worse.

Throughout the game, the two-time PSL Goalkeeper of the Season made numerous saves to thwart Kylian Mbappe, Olivier Giroud, and Lucas Diane, who all scored braces.

On a night when his defense let him down, he came close to stopping Mbappe's penalty. 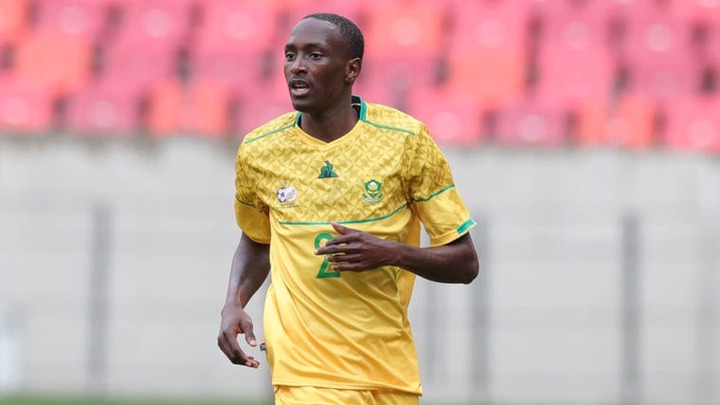 Against a strong France team, we struggled.

The hosts took advantage of Mobbie's flaws far too easily, and while he made one potential overlapping run, his feeble cross was quickly collected by goalkeeper Mike Maignan. 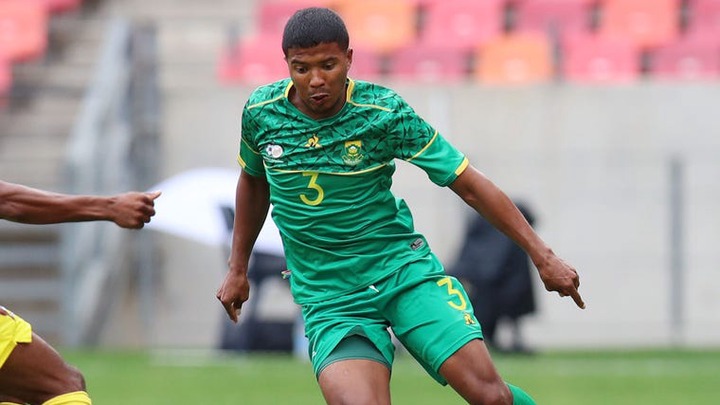 On the night, Antoine Griezmann got the better of him.

Lakay was outwitted by the Atletico Madrid star, who cut inside from Bafana's left wing and delivered two assists, while the Bafana full-back didn't do anything in the attacking third. 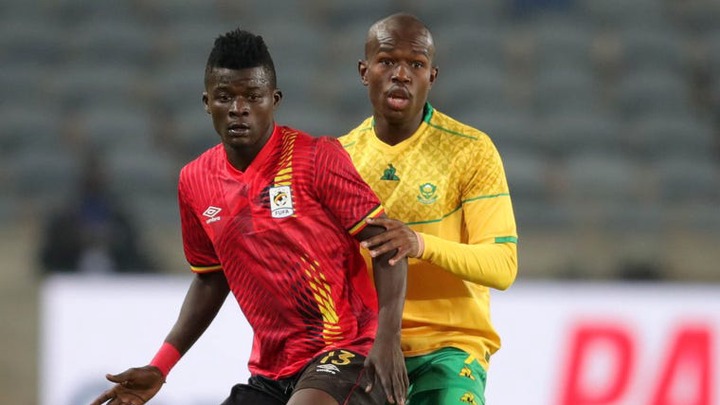 Surprisingly, she got off to a better start than Rushine De Reuck.

Sibisi had his moments, making a few of key clearances and tackles, but it wasn't nearly enough against the relentless Europeans. 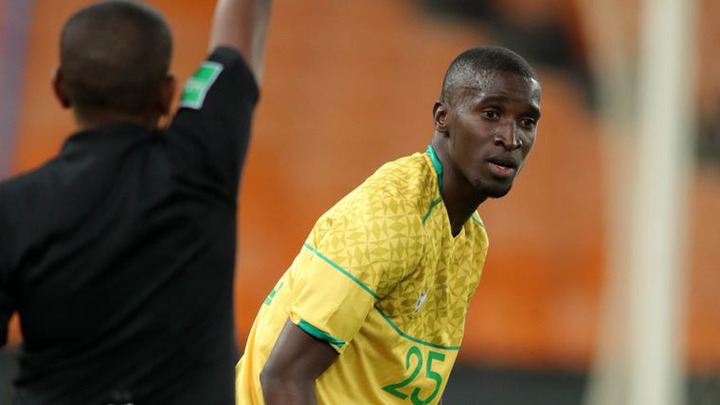 Due of Giroud's aerial skill, he was assigned to man-mark him.

Xulu was clearly outpaced by the big French attacker, and he also lost his ground duels, fouling Mbappe and resulting in a penalty. 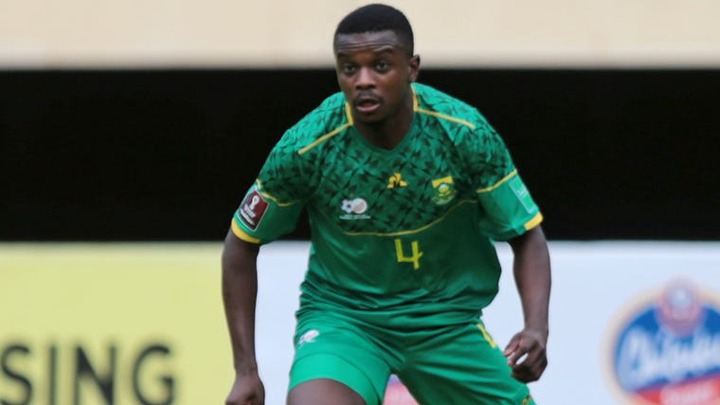 Since coach Hugo Broos took over last year, he has been the battering ram for Bafana.

Mokoena, on the other hand, was pounded by a furious Les Bleus, and his only contribution was a long-range shot that went over the crossbar, prompting his substitution at half-time. 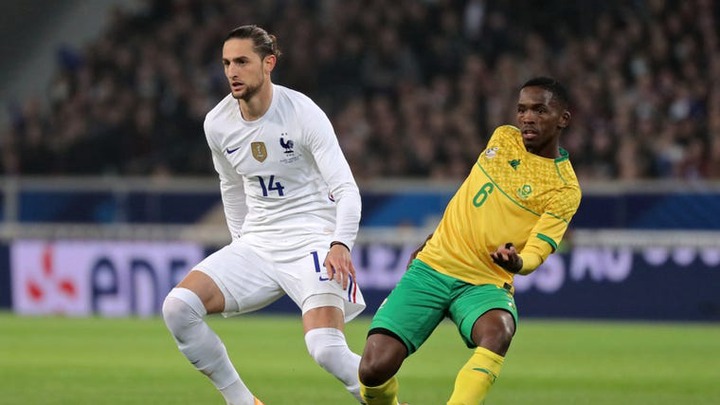 With Rabiot rushing by him like he wasn't there, Monare couldn't stamp his authority in the middle like he did against Guinea on Friday. 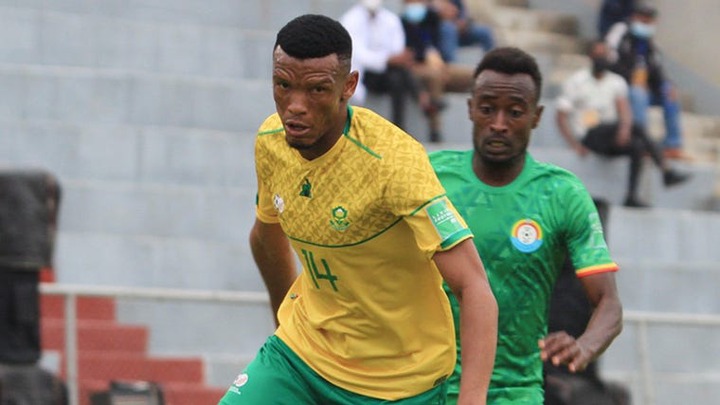 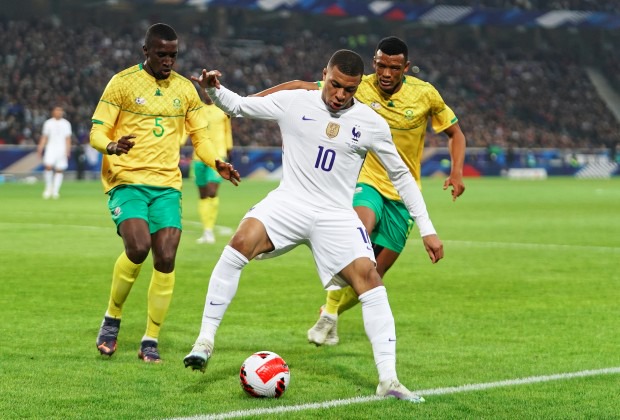 Up midfield, he put in a lot of effort.

N'Golo Kante, on the other hand, had too much quality for Mvala, as the Chelsea midfielder dominated the show, outclassing the Bafana midfielder. 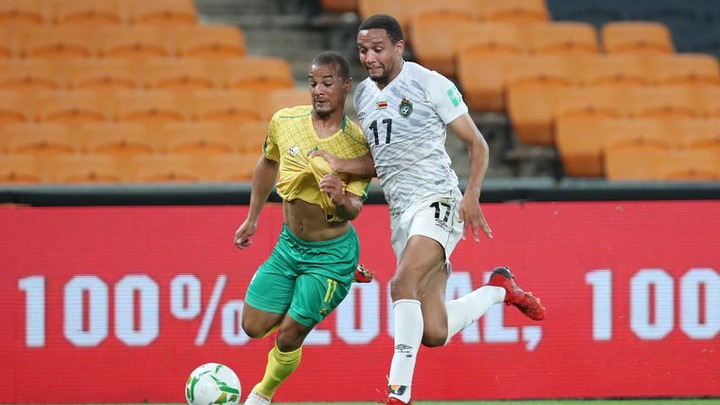 After being given a rare start for Bafana, he failed to make an impression.

Presnel Kimpembe easily outmuscled Lakay, and he lost possession many times before being replaced at halftime. 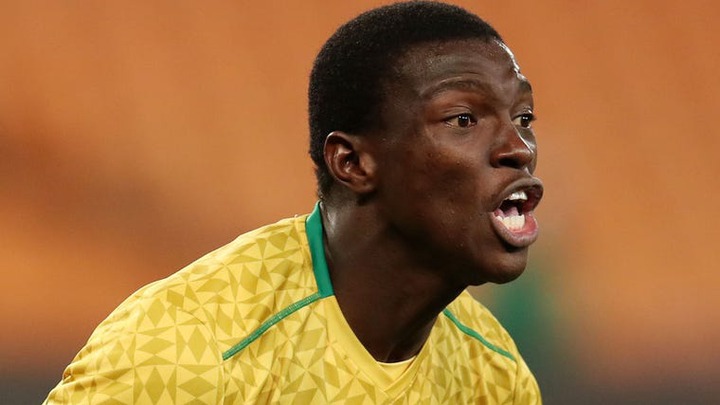 He attempted to make forward runs with the ball, but he was unable to do so.

Apart from those brief times, Hlongwane performed nothing noteworthy, and he was replaced by Keagan Dolly.

He was the leader of the Bafana attack and was quite aggressive.

Foster was frustrated upright because to a lack of supply from midfield and the flanks, but he won his aerial duels when Bafana was defending set-pieces. 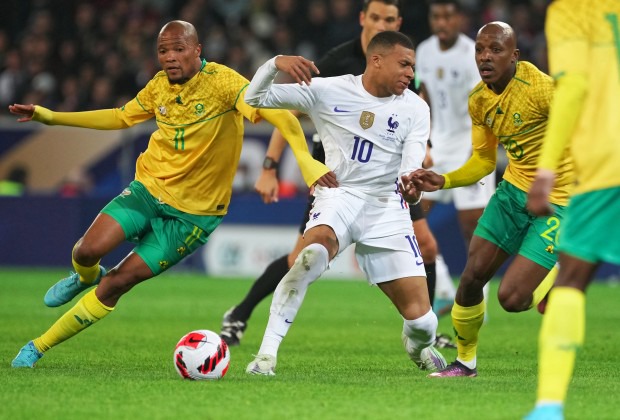 He made his Bafana debut at half-time, but the game seemed to pass him by as the Les Bleus dominated the midfield fight and the game. 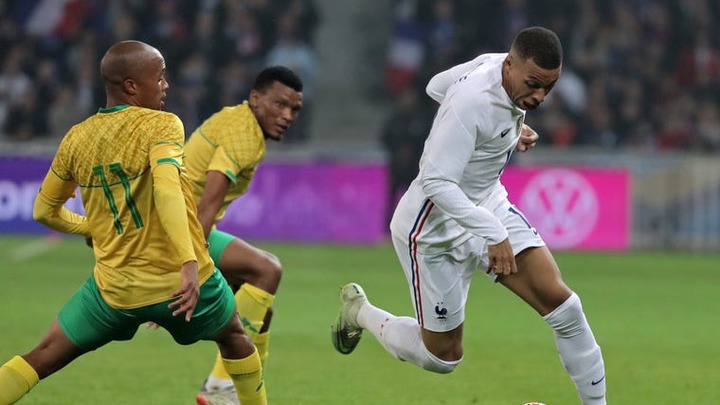 Also introduced at half-time, he was singled out by the hosts' attackers, leading to an unnecessary and risky challenge on Digne.

The Mamelodi Sundowns full-back was sent off for a dangerous tackle, reducing Bafana to ten men and allowing them to surrender their fifth goal. 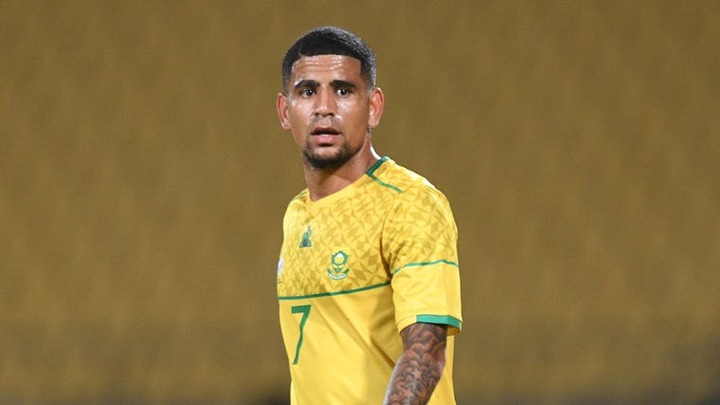 When he came on in the 66th minute, South Africa was looking to pull one back, but he made little impact. 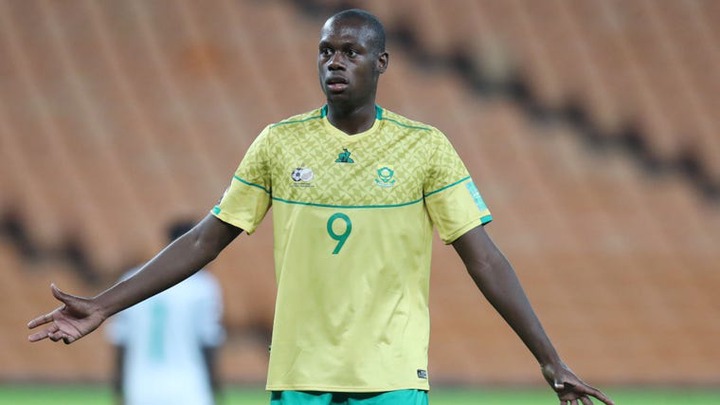 After coming on with 18 minutes left on the clock, he, too, was completely unnoticed. 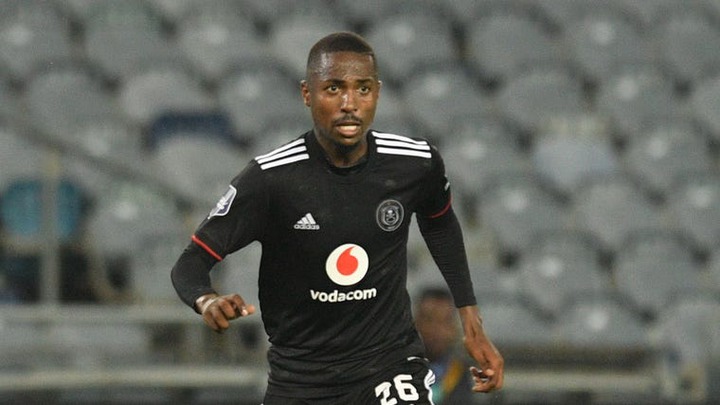 Bandile Shandu gets a five out of ten.

When Matteo Guendouzi took a shot at goal and scored with the new Bafana player added in the 80th minute, they failed to close down the French midfielder.

22 people die following a stampede at a Tarven