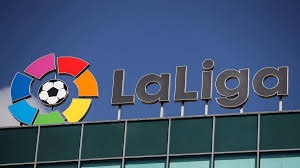 Spanish La Liga chief Javier Tebas says that Lionel Messi’s departure if it happened would not have affected the league's finances. Tebas revealed that Lionel Messi is like any other player and that there's nothing special with him leaving the league for greener pastures.

Tebas mentioned that he was never worried about Lionel Messi as the league is set up in a way that it doesn’t depend on an individual player. Football fans from around the world got a shock of their lives when Barcelona forward Lionel Messi announced that he had sent a communication to his club to let them know he wanted to leave. Lionel Messi’s impending departure from Barcelona created a crisis at the club. Fans laid the blame squarely on the hands of management. Messi who has made it clear he wanted to leave before making a U-turn on his decision has not helped his club either of late maybe that was a right move for the club as well. Fans did not receive Messi's news very well as they took to the club's offices demanding that the board and the club president leave instead of Lionel Messi. They forgot that Messi who has not been able to deliver the goods of late might have passed his sell by date and costing the club a lot of money. 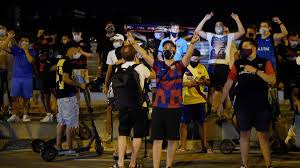 As if I knew that was coming I wrote an article on how Lionel Messi has let down his club through lack of leadership and disappearing in crucial games. The Argentine international has lived up to his expectations of late. Messi let Barcelona down proving why giving him the captain’s armband was a terrible idea. The big players always stand up when it comes to the big games. Messi failed that test twice in the past seasons in Europe and in the domestic league. The Argentine forward disappeared in the match against Liverpool when his side was given a humbling 4-1 score line. In that match Messi just needed to score just one goal which would have taken his side to the final and he didn’t do that instead he missed those chances he got. A similar thing happened this season as his side came crashing to a 2-8 defeat at the hands of now champions Bayern Munich.

La Liga confirmed Barcelona's statement which said that that the Argentine forward has a contract and any club that wants to buy him must first pay seven hundred Euros. Messi then made a U-turn on his decision .He blamed the club’s president for the mix up saying that he was told he could leave the club as long as he indicates in time that he wants to leave. Messi cited that his bond with the club and what it has done for his career forces him not to go through the legal route and therefore has no choice but to stay. La Liga chief Javier Tebas says that even if Lionel Messi was to leave Barcelona it would not really affect the league. “A serious worry, no worry at all. La Liga has been for a quite a few years worked to ensure that as a brand it is above individual players and clubs, so the value is not affected by one or two players, La Liga chief Javier Tebas explained. 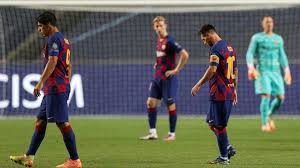 The Argentine who was told by new coach Ronald Koeman he can leave together with Luis Suarez and other players decided to alert the club that he wanted to leave. Ronald Koeman told Messi that time for special treatment was over and that it is time to play for the team. Messi then decided it was best to leave. Javier Tebas revealed that Messi’s departure would not have affected their balance book. He would have left like a normal player as most of the broadcasting deals have been processed any way. “I don’t think so because we have already sold 90 percent of the rights for the next four seasons, So I don’t think the departure of Messi would affect the issue, Tebas explained. Barcelona has a lot of work to do next season as they finished last season without a trophy.