It was a clear penalty says Ghana captain Ayew, who supports the on-field decision of the referee. 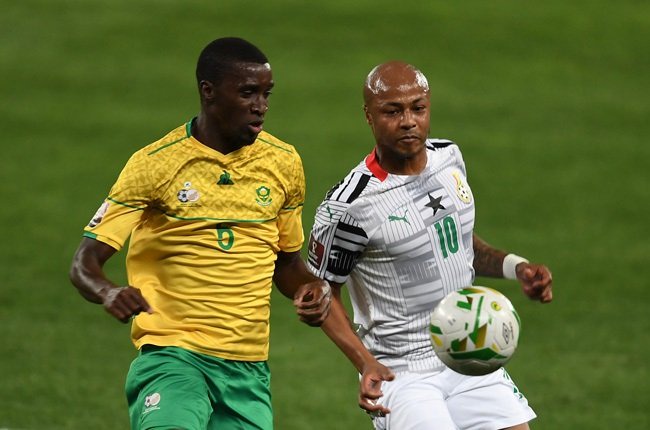 It was a clear penalty!' says Ghana captain Ayew, who supports the on-field decision of the referee.

Andre Ayew, Ghana's star forward, believes referee Ndiaye Maguette made the correct judgment in awarding Ghana a penalty against Bafana Bafana.Bafana Bafana only needed to avoid defeat to proceed to the final round of the 2022 FIFA World Cup qualifiers, which will take place in March next year.

Rushine De Reuck tugged on Daniel Amartey's jersey in the danger area after a Ghana corner kick and inability to clear the ball thirty minutes into the game, resulting in an easy penalty call from referee Maguette.

MUST READ | After Bafana Bafana's World Cup dream was crushed, SAFA will file a 'formal complaint' against match officials.

Ayew went up to take the penalty and scored the game's sole goal, giving the Black Stars a 1-0 victory and keeping their World Cup hopes alive.In his post-game analysis, however, Ayew stated that Ghana should have been awarded more than one penalty in a tense match at the Cape Coast Sports Stadium.

It was unmistakably a penalty "In a post-match press conference, Ghana's captain stated.I believe we had a better chance. Yes, it was a difficult game, but we won it fairly and squarely. We had the opportunity to score more points.In truth, we should have been granted two more penalties because we had chances to get more. It's all part of the fun.

We're thrilled to have won and advanced to the next round, but we still have a lot of work to do in March.Meanwhile, Ghana's head coach, Milovan Rajevac, has remained silent on the penalty controversy.

I rarely make a comment about officiating. "All I can say is that we generated a lot of opportunities and could have scored more goals," he remarked. Perhaps the skipper had a better vision in these cases.

Unexpected| The EFF has promised to cut coalition ties with DA if they continue doing this. See more