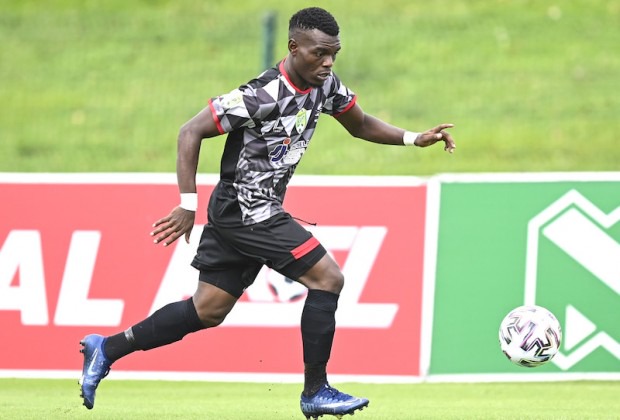 Former Black Leopards player Nkosinathi Onyedikachi Ononogbu is understood to be Baroka-bound as the player penned a two-year deal with the club with a option to extend for a further year.

Baroka FC were relegated to the GladAfrica Championship at the conclusion of the 2021/22 campaign and will be plying their trade in the National First Division next season, which was recently renamed to the Motsepe Foundation Championship.

Despite their relegation, the club will have to sign new additions to strengthen their squad if they want to make a comeback to the top flight after ending last season in the bottom placed spot on the log standings.

Trusted football publication FARPost has been reliably informed that Nkosinathi penned the deal with Baroka FC. The 24-year-old left-winger will be one of the club's attacking firepower in the National First Division.

Nkosinathi Onyedikachi Ononogbu played for clubs such as Tshakhuma Tsha Madzivhandila, JDR Stars FC, Black Leopards FC, Ts Sporting FC and most recently in 2022 he was with Black Eagles since 1st of January.

The young forward player comes with experience despite his age and his skillful and talented and would be a fine addition to the Baroka FC squad.

Baroka FC should be weary of the National First Division opposition as Black Leopards FC who were relegated season before last, struggled to make it back to the DStv Premiership, and narrowly escaped a consecutive relegation as they used the last ten matches to go unbeaten. 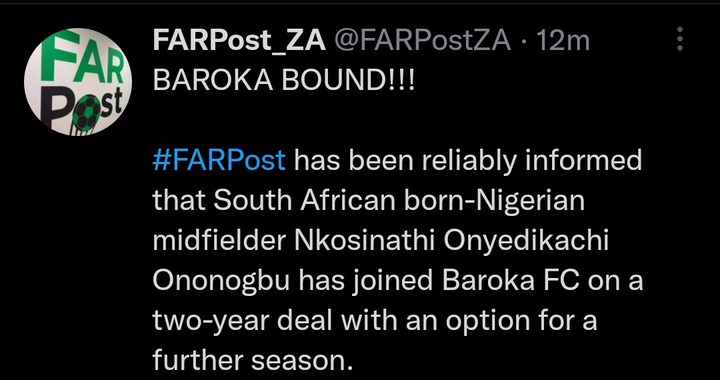 Check out amazing sneakers suitable for summer season, these are shoes affordable for your budget