By Daily Nation (self media writer) | 1 month ago 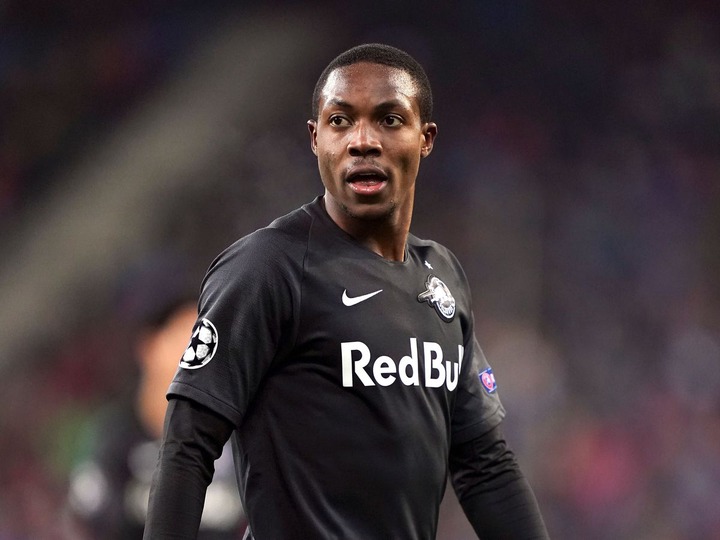 CHIPOLOPOLO captain Enock “Computer” Mwepu says he is looking forward scoring award winning goal in the EPL next season after his 2021/22 EPL season was ended prematurely due to injury.

Mwepu said he was proud of his contributions at Brighton despite his season having been characterised with injuries.

He was peaking after scooping the Men’s Goal of the Season award, at the 2022 Brighton and Hove Albion Players’ Awards at the Amex on Monday, for his goal against Liverpool,

Mwepu said he has had some great moments and helped the team in so many ways in his first season at Amex Stadium.

On scooping the Men’s Goal of the Season award for his stunner against Liverpool, Mwepu hailed the staff at Brighton and his team mates for the support in his debut season in the EPL.

He said the goal will always be special for him because it was always his dream to play at Anfield, home of Liverpool.

“I always dreamed of scoring in the Premier League and to score at Anfield was a beautiful moment - and I definitely mean it,” Mwepu said.

Mwepu also hailed Brighton’s supporters for inspiring the team to never give up as they compete in the EPL which is one of the toughest leagues in the world.

“What a season it has been for me and my family. A season I felt loved and cared for when I had my low moments through injuries. Nevertheless, I’m privileged and honoured to win this award thanks to all the fans who voted,” he said.

Meanwhile, Mwepu’s stunning strike against Liverpool in the 2-2 draw at Anfield last October is not the only goal which amazed EPL followers who have been thrilled with the Zambians exceptional talent.

Last month the former Napsa Stars midfielder achieved a personal best as he scored a goal and an assist in Brighton and Hove Albion’s 2-1 away victory over Arsenal in a Premier League encounter.

Playing in his 13th match of the 2021-22 campaign, the Zambia international found the net with a stunner which is under scrutiny for the Premier League goal of the season award.

And despite his season having been characterised with injuries, Mwepu managed to score two goals and registered four assists in the Premier League.

Content created and supplied by: Daily Nation (via Opera News )

Mphowabadimo takes a break from social media and shares final words to her followers. (Sad COMMENTS)