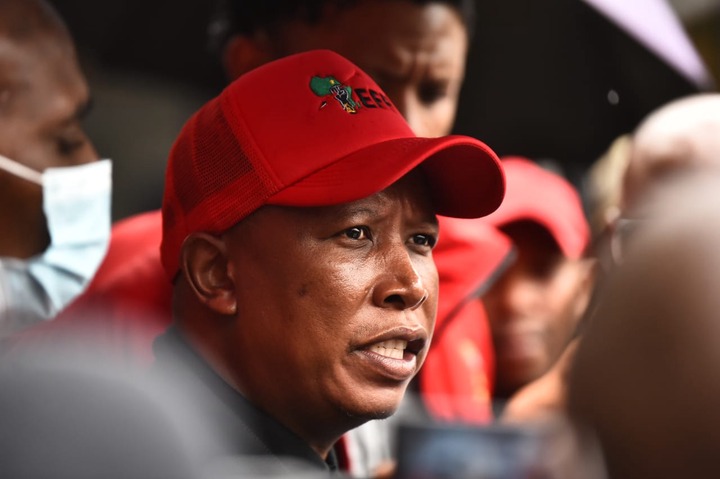 A few days ago , the leader of the Economic Freedom Fighters Mr Julius Malema promised that his party members and some football lovers would march to the offices of the Minister of Sports , Arts and Culture to call upon the government to open stadiums for the fans .

The promised was fulfilled and the EFF members reportedly went to the offices in their hundreds .it was reported that the members of the EFF started gathering as early as 11 am.It was arranged that there would be a walk around Pretoria before the address of the crowd would be made as a way of making a statement . 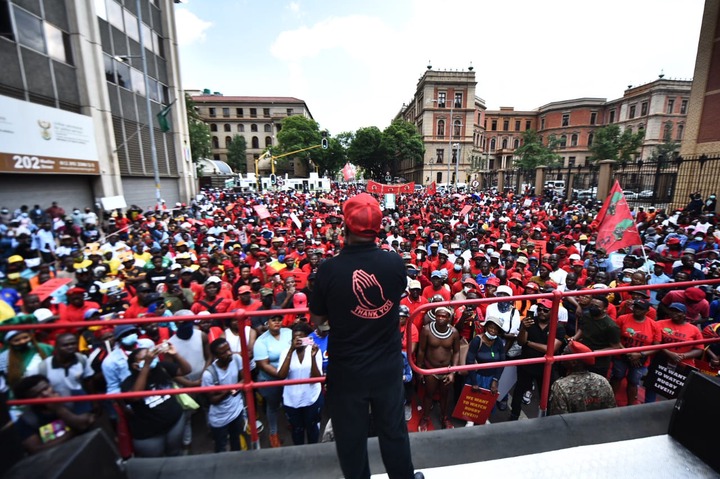 The marching protesters reportedly brought the inner city of Pretoria to a stand still because of their march .In accordance with the report , the EFF wants fans to be allowed back into the stadiums .Mr Malema said that they wanted the stadiums to open so that people could go there and entertain themselves .

He added that he wanted the informal traders to be given an opportunity to sell their products when the stadiums open .Mr Malema said that there were a lot of economic activities that were centred around the opening of stadiums ..

Furthermore , the EFF leader said that he wanted the stadiums to open up for concerts to be held as the economy of South Africa was crippled and that there was need for its revival .

It was stated by Malema that a lot of opportunities had been lost as a result of the closing of the stadiums , and he gave an example of Vilakazi Street that is no longer busy because of the the current situation .Mr Malema lambasted that political parties were meeting in stadiums , but soccer fans were not being allowed to do so .

Do you think it is now safe to allow fans back into the stadiums ?