By Houseofnews (self media writer) | 14 days ago 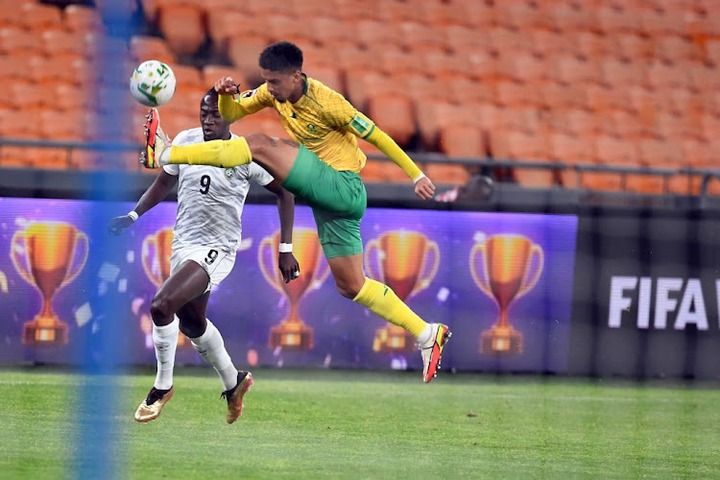 Rushine de Reuck was inconsolable as he walked off the pitch at Cape Coast Sports Stadium in Ghana on Sunday night, and he blamed himself for the penalty decision that ended Bafana Bafana's World Cup qualifying adventure. De Reuck's emotional state was understandable given that Ghana had just defeated Bafana Bafana 1-0 thanks to a questionable penalty awarded by Senegalese referee Maguette Ndiaye and his colleagues, who delivered one of the most shocking performances by a team of match officials seen in an international match.

The umpires ruled that De Reuck fouled Ghanaian Daniel Amartey inside the area even though the two players barely made contact. It is a decision that is being fiercely disputed throughout the continent, and it will serve as the foundation for a complaint filed by the South African Football Association (Safa) to international governing body Fifa and the Confederation of African Football (CAF). The penalty imposed by Ndiaye may have gotten the most attention, but the outspoken Broos stated he was also upset that the Senegalese official let the Ghanaians get away with several violent challenges. he said to be not thrilled and dissatisfied with the manner the referee allowed Ghana to play aggressively. But although he said to have nothing against it, it must apply to both sides, however, this was not the case He stated. 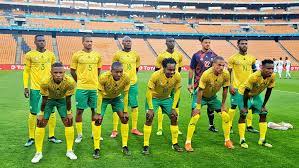 Broos stated that he did not have a good understanding of the penalty judgment that was handed down to Ghana. "From the bench, it was impossible to see. It was a corner, I believe, and I'm not sure what occurred there," he explained. "There was a player on the ground [Ghana's Amartey], I don't know what occurred, but I saw [players] on the ground multiple times throughout the game. Did anything happen, or did nothing happen? I'm not sure. I'm not sure since I couldn't see it, but my guys were astonished when the referee blew for a penalty" he added. The Bafana Bafana team will return to South Africa on Monday, and Safa is likely to address the country on Wednesday, outlining how it intends to contest the outcome, including action against the match officials.

"Government paid me R150K To promote the vaccine, But I will not vaccine "

How To Tell Your Partner They Have Body Or Mouth Odour

Mohale shares a sensitive information which might cause lot of problems, see details

OPINION | FIFA does not respect African football. See what they said.