By Mohamed_Salah✔ (self media writer) | 1 month ago

Al Ahly coach Pitso Mosimane has named a 21-man squad for their next Egyptian Premier League clash at home against Smouha on Thursday. 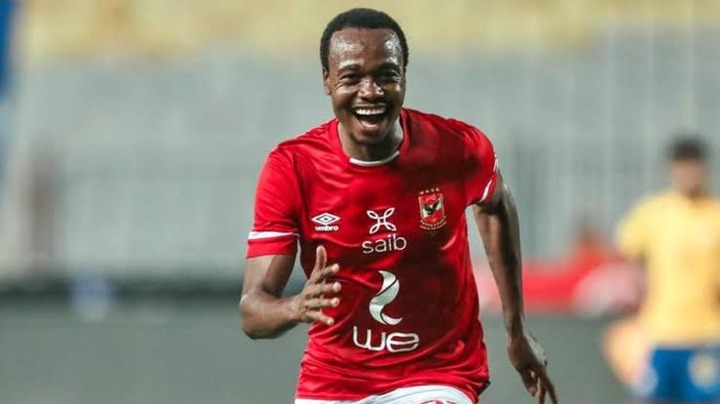 Smouha, meanwhile, are down in 11th place in the 18-team log with just six points from the four matches played.

South Africa’s Percy Tau has been included in the squad and is expected to start.

There’s simply no stopping Percy Tau in Al Ahly colours! Watch as the Bafana Bafana ace score yet again for the Egyptian giants.

Tau, who scored twice on his competitive debut for the Egyptian giants last month, netted his third goal of the season on Monday to help Al Ahly record a stunning 3-2 away win over Ghazl El Mehalla.

Mohamed Kafsha handed Pitso Mosimane's side the lead in the opening 10 minutes of the encounter before Tau doubled the advantage just after half-time with a sensational individual goal.

The 27-year-old received the ball on the right flank and embarked on a lung-busting run into the opposition, which culminated in him bisecting two defenders before firing home for Ahly's second on the night.