Eden Hazard is often regarded as one of the very greatest football players on the planet. The national team player for Belgium possesses outstanding footballing ability and skill. On the other hand, ever since he moved to Real Madrid, he has been dropping further and further down the roster. However, the significance of this cannot be overstated given of his injury issues. Since Hazard moved to Spain, he has not been in great physical shape, and this has been a factor in his play for Los Blancos ever since he joined the team. 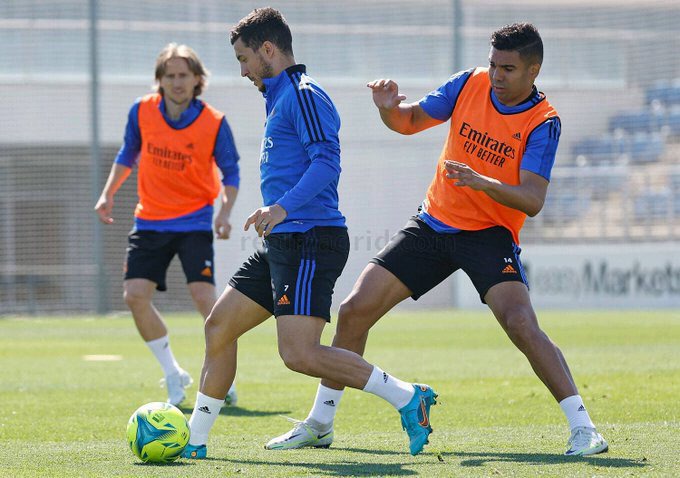 Eden Hazard made his comeback from injury the week before last after suffering an injury back in February. After that, the Belgium international went on to have surgery on his ankle to remove the plate that was already implanted in his ankle. He is currently fighting to prove his worth to the club while he does so. Eden Hazard required time away from competition in order to make a thorough recovery following his operation. Although the Belgium International was available for Real Madrid's 6-0 victory over Levante, he did not play for Los Blancos until he was substituted in during Real Madrid's 1-1 draw against Cadiz. Prior to that, the Belgium International did not play for Los Blancos.

Fans have taken to social media in order to compliment Eden Hazard on his performance against Cadiz, as he appeared to be in fine form during the match. Despite the fact that the Belgium international didn't have a significant impact on the game, he displayed flashes of the player he was when he was playing for Chelsea. During their match against Cadiz, the Belgium international took on defenders and executed a number of dribbles, which led to him winning fouls and connecting moves. Some of the responses from the fans can be found down below: 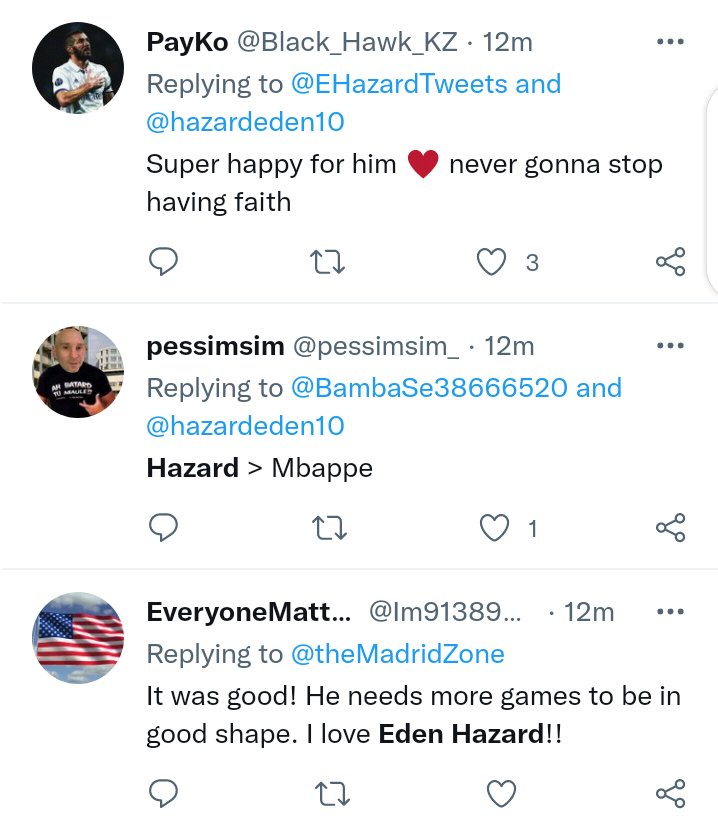 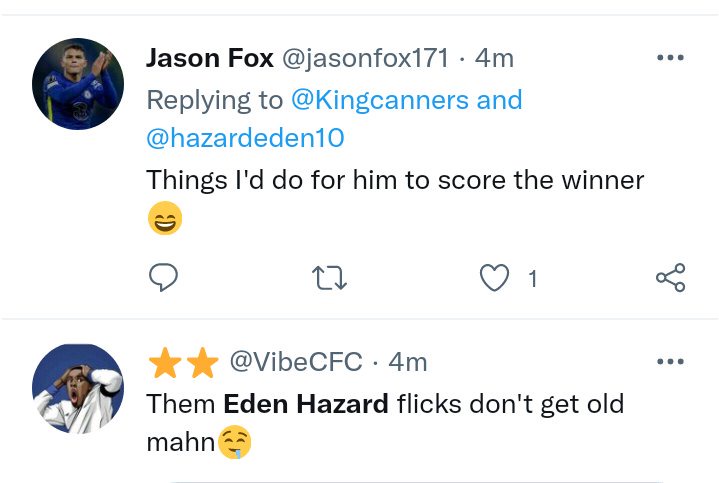 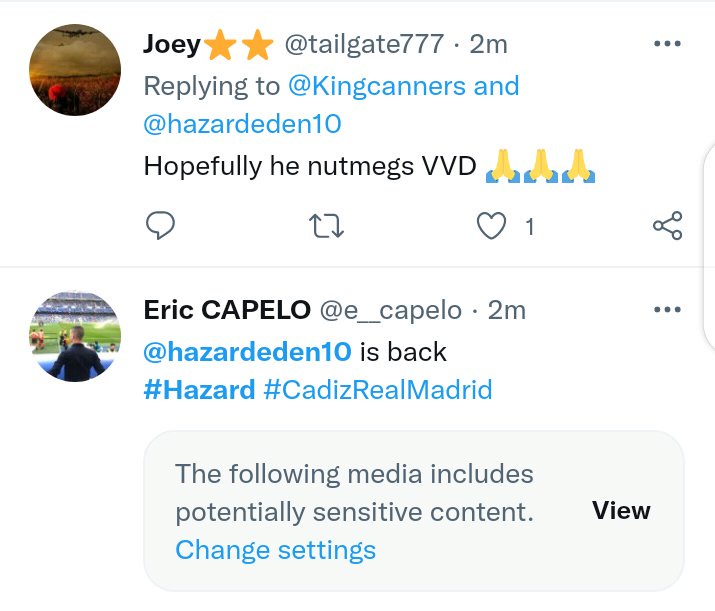 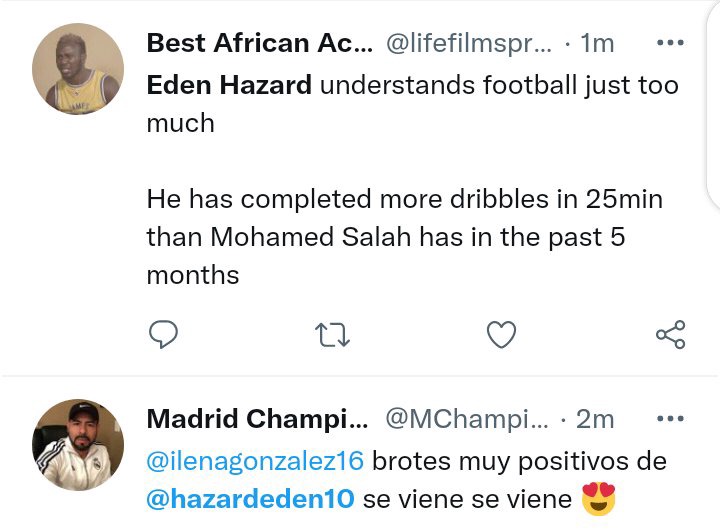