Al Ahly's assistant coach Samy Komsan has revealed that the club's new signings might be available for the second leg of their CAF Champions League tie against USGN. Players likes of South African sensation Percy Tau, Luis Miquissone, Karim Fouad, and Hossam Hassan did not make the squad for the Red Devils' first game of the new campaign. 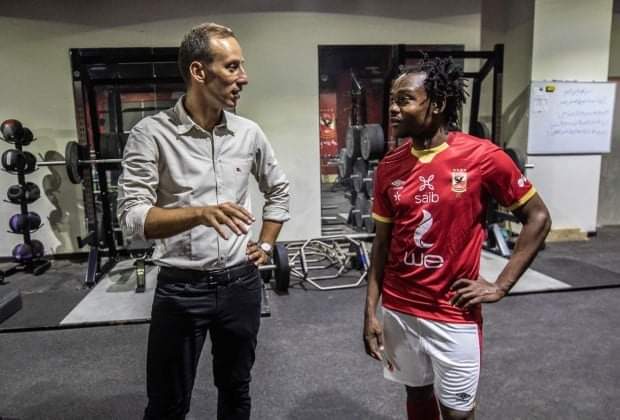 “We wanted to win but in the end, it is a good result. But we could have won the game if we have converted our chances into goals. We were also denied a clear penalty in the second half of the game," Samy Komsan told the club's official website.

“We are not making any excuses, but we faced a lot of difficult circumstances that had led to tonight's draw. We missed many key players in the game and we did not have many options in the front line."

Samy also pointed out to the issue of the weather and bad conditions to have had an impact on their performance on the game.

"Also, the hot weather and the bad conditions of the pitch affected our overall performance.”

“Our performance will be much better in the next games as we will be able to rely on the injured players and the new signings."

Amongst the new signings, the Percy Tau and Pitso Mosimane reunion is what is highly anticipated as the pair has not worked together in about 5 years now. Pitso Mosimane has mentored Percy Tau from his early playing days, helping him earn a move to Europe. While struggling in Europe, it was Pitso once again who came to the rescue of the Bafana star.