As Barcelona's manager, Xavi informs the club's board of which four players he wants to sign first. 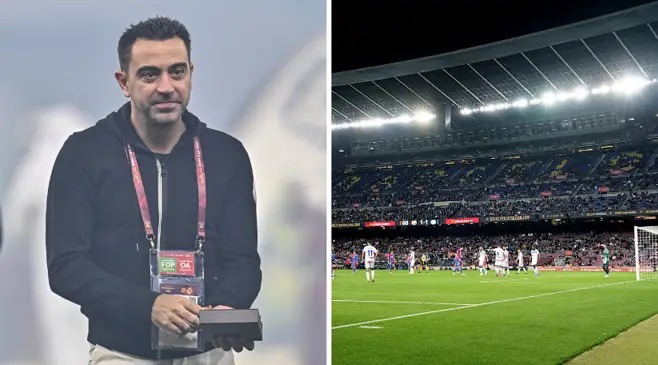 During a Barcelona Open-Top Bus Parade, Xavi once shoved Neymar in the face.

Incredible The Barcelona report card on 14-year-old Xavi has been released, proving that he was on his way to becoming a football genius.

Following the sacking of FC Barcelona manager Ronald Koeman last week, the focus instantly shifted to who would succeed him and take on the task of turning the club's fortunes around.

Xavi, the former club legend, is currently the bookies' favorite a week after his dismissal.

While nothing is official at this time, one report claims that the current Al Saad manager has notified Barcelona's hierarchy of the players he would - theoretically - like to recruit.

Pogba's contract at Old Trafford ends at the end of this season, which means he could join Xavi and Barca on a free transfer.

A similar deal for the club might be found in the form of Borussia Dortmund attacker Erling Haaland, who is expected to be available for a reduced amount next summer.

According to multiple sources, a clause in the 21-year-contract old's stipulates that he will only cost £68 million to interested parties, a fact that will undoubtedly alarm just about every European giant.

If Barcelona wants to sign Haaland, they'll have to persuade him to reject offers from Real Madrid, Manchester City, and potentially even Bayern Munich - but Xavi's wish list doesn't stop there.

Dani Olmo, a player who came through the club's legendary La Masia academy system, is another kid who could be heading to Camp Nou next year.

The 23-year-old left Barcelona at an early age to play regular football for Dynamo Zagreb in Croatia, where he excelled.

As a result, the Spaniard was signed by RB Leipzig, where he continues to thrive in the Bundesliga.

Now that he's a full-fledged Spanish international, now might be the ideal time for a Barca reunion, led by a man who knows a thing or two about climbing through the ranks of La Masia.

The third piece of the Xavi puzzle is Sevilla defender Jules Kounde, who was on the verge of joining Chelsea this summer.

After a very lean spell, if Xavi gets his way in the transfer market, Barcelona will be a force to be reckoned with once more.